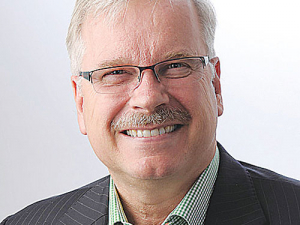 The Government needs to ensure we get more agricultural trade with the European Union in any potential free trade agreement – but don’t expect completely free trade, says expert Stephen Jacobi.

A scoping document on the basis for free trade negotiations with the EU was released last week by the Trade Minister Todd McClay.

Jacobi, a former diplomat and a policy adviser, has welcomed the transparency of this document.

In the agricultural area, he says, the document shows there is tension between New Zealand’s offensive interest in the elimination of all tariffs and the EUs defensive interests referring to various sensitivities.

“This will be a key part of negotiations about how you align these things. What the document seems to be telling us is that in some agricultural areas at least we should not expect completely free trade between NZ and the EU.

“We will have to use tariff quotas and long phase-out periods.

“But the key point is that the government needs to ensure we get additional trade coming out of this, so we are not just talking about status quo.”

The three critical agricultural areas are butter access and other dairy products, the sheepmeat quota and beef.

“We have access for butter already with the EU, we have access for sheepmeat already with the EU guaranteed by the WTO; there is a question mark about how that can be worked out when Britain leaves the EU because that is for negotiation between the various parties. New Zealand is not compelled to agree to anything under that. That’s why, with the British exit, the European [negotiations] will not be easy; it is one of the complicating issues.

“We don’t have access for beef, or only a small quantity, so I expect it will be in the beef area that the government will try to get a significantly improved outcome.

“But what this document says is that while we might not get free trade areas like this, we certainly want to get something that is significantly better than what we have now.”

Another aspect of interest in the scoping paper from an agricultural perspective is geographical indications.

“This is also extremely controversial and it is the other way around there – the EU has offensive interests. They want to tighten up on our use of geographical indications; not so much the wine ones because we have already met them on that, but on names like cheddar and camembert.

“In fact some of them we don’t really regard as being geographical; that is the area of discussion between the two.

“So there is a clear trade-off between those things. It says in the document that NZ is happy to talk about geographical indications subject to ‘a satisfactory overall outcome’.”

In other aspects Jacobi says the document has considerable mention of climate change.

“That is new; we haven’t normally referenced climate change in these sorts of agreements other than as part of the trade and environment debate. Climate change will clearly be specifically discussed -- a new thing.”

Then there’s investment: the EU wants to promote its Investor Court mechanism and the NZ government is saying it has had investor state dispute settlement in all other FTAs and wants to keep a similar approach.

“So in that area both have slightly different interests but both agreed that investor protection will be part of the agreement.”

The Treaty of Waitangi has been fully protected as it has been in all our other FTAs.

The release of the scoping paper shows the government is committed to try to increase the transparency in the negotiation, Jacobi says. There are no great surprises but “a few interesting clues and pointers in it, including the section on agricultural trade market access”.

OPINION: Hopes for any quick outcome of free trade talks with the European Union have hit the wall following a “paltry” market access offer for our agriculture sector.