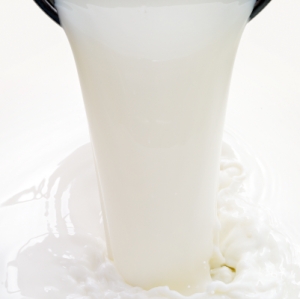 THE NEW ZEALAND Market Disciplinary Tribunal says Fonterra breached its rules by not releasing information to the markets as soon as was aware of potential contamination of product during last year's false-alarm food safety scare.

Fonterra disagrees with the tribunals findings, but has agreed to a settlement of $150,000.

The tribunal says Fonterra should have told NZX as soon as soon as it was aware of results from AgResearch testing of potential botulism contamination on Wednesday, July 31, 2013.

Instead it told NZX after midnight on Friday, August 2, after the markets had closed.

After a massive international recall of three batches of whey protein concentrate WPC80 manufactured at Fonterra's Hautapu plant, the Ministry for Primary Industries announced on August 28 that further conclusive testing showed the batches did not contain the botulinum strain of clostridium and that the affected product posed no risk to the public.

Fonterra's group director governance and legal Mike Cronin says Fonterra had co-operated fully with the NZX and the NZ Markets Disciplinary Tribunal throughout the investigation.

"As part of a full and final settlement, we have acknowledged the Tribunal's views and agreed to make a payment of $150,000.

"Following the Fonterra board's independent inquiry into WPC80, and as the tribunal's statement sets out, Fonterra has made significant changes to ensure improved identification, management and escalation of emerging risks across the cooperative, with a particular focus on food safety and quality.

The Tribunal says in its findings that while Fonterra cooperated fully with the inquiry, it was "concerning and disappointing" it has not accepted a breach of rules had occurred.

"The tribunal also records that Fonterra could have managed its compliance with continuous disclosure obligations better in this case," it says.

"The tribunal reinforces the need for organisations, and particularly those of the size and standing of Fonterra, to devote proper resources, time and training to their continuous disclosure obligations and to foster a culture of openness and transparency in relation to continuous disclosure issues."

Cow manure to fire up the BBQ

A study between Fonterra, Beca, Firstgas Group and Energy Efficiency and Conservation Authority (EECA) has found using organic waste is a viable, untapped solution to provide an alternative to New Zealand's current residential gas supplies, with the potential to replace nearly 20% of the country's total gas usage by 2050.