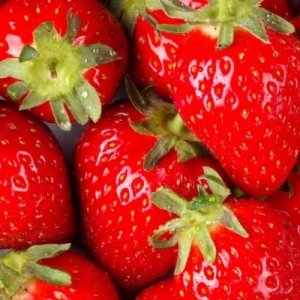 Horticulture New Zealand is passing the heartfelt thanks of all New Zealand's fruit and vegetable growers to the Christchurch biosecurity inspector who takes her work home.

The report released yesterday by the Ministry of Agriculture into the incorrect importation of 7000 strawberry seed kits into this country last year, admits that only one woman on their staff noticed something was wrong.

And this one inspector wasn't even at work. She was out shopping at the weekend when she noticed the kits on a shelf at The Warehouse and reported her concern.

MAF's report blames a series of "minimal" mistakes for the release of the Chinese origin kits into this country.

HortNZ is disappointed the importer Tui Products and the exporter both failed to make the appropriate checks before the kits came to New Zealand.

"And obviously we are very disappointed the MAF process was not robust enough to stop this happening," HortNZ president Andrew Fenton says.

"It's exactly this kind of incident that we have to be aware of, not just the possibility that something can slip through the cracks like this, but that it will."

New Zealand horticulture is already counting the cost of several recent biosecurity incursions, including Psa and the tomato-potato psyllid.

"It is disturbing for all growers to know that New Zealand's biosecurity protection now relies on the sharp-eyed, off-duty wariness of a very small group of good people.

"We are only one Queensland Fruit Fly away from a very, very costly situation."

The Ministry of Agriculture and Forestry's (MAF) review of last year's incorrect biosecurity clearance of strawberry seeds has identified improvements that will be made to further strengthen the biosecurity system.

MAF Director General Wayne McNee sought the review following the discovery late last year that several thousand kits containing strawberry seeds and coco peat to grow them in had wrongly received biosecurity clearance and gone on sale nationwide. A product recall was put in place and MAF is currently testing a sample of the seeds.

The testing is expected to be completed mid-March, and to date, there have been no signs of disease in any plants grown from the imported seeds.

McNee says he asked for the review to determine how the seeds came to wrongly be given clearance and to identify if and where improvements needed to be made to avoid such a situation arising again.

"What the review has found is that a series of individual events occurred, that in isolation would have had minimal impact, but in occurring together, resulted in this mistake being made. Errors were made by the importer, the exporting authority in the Netherlands (where the seeds were supplied from) and by MAF in its permitting and risk profiling roles.

"Our focus now is on learning from this mistake and ensuring we review our processes to prevent this happening again."

The review report can be viewed at: