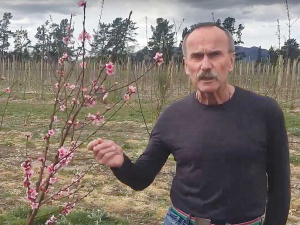 A Plant and Food Research investigation has found that several crops – in particular, apples, grapes, hazelnuts and walnuts – could be grown in pockets throughout the region.

The study was commissioned by the Post Quake Farming (PQF) project, an MPI-funded programme to support the recovery of farming businesses and future land use decisions in the area affected by the quakes.

The study’s co-author, Dr Brent Clothier, of Plant and Food Research, Palmerston North, said it began with a series of community engagement meetings where a list of crops suitable for investigation was agreed upon. These included apples, kiwifruit, wine grapes, blueberries, avocados, hazelnuts and walnuts. In response to community feedback, the scope has been further expanded to hops and hemp.

While it found that apples, grapes and nuts would be suitable on the right land across the region, avocados and kiwifruit generally would not be suitable – while blueberries were only marginally suitable in certain areas.

Clothier said the first part of the study was a “broad brush sweep” across the post-quake region, identifying areas that met four basic criteria:

Land Use Capability (LUC) class 1, 2, or 3. Under the LUC regime, New Zealand has been mapped into eight LUC classes, 1 being the best land and 8 the worst, due to limitations around water, erosion, root zone depth, drainage etc. “We feel that horticulture requires land that has few limitations, or limitations that can be easily mitigated,” said Clothier.

The land slope less than 15 degrees (initially 8 degrees but relaxed because there are existing successful vineyard developments in steeper land north of Waipara).

Growing Degree Days (GDD) greater than 800, because of the need for warmth over summer to get a horticultural crop through to maturity.

The study found that the area north of Kaikoura, for example, would be suitable for apples and nut crops. But because of cool summer days it would not be suitable for outdoor growing of blueberries and only “marginal” for blueberries under protective covers. The area was also only “moderately suitable” for wine grapes because of slightly too much Autumn rain.

Clothier said the first two stages of the study were a desktop exercise, with findings presented to farmers in the region in a series of meetings in September.

It was now in a third stage of “ground-truthing” the study by visiting farms in the region to see what has been successfully grown over the years – ranging from small commercial growers to “where granny used to have apple trees behind the homestead and they still fruit beautifully.”

Although there was not yet much commercial production in the region, there were instances where even avocados were growing.

Specific areas have better conditions, which will be more suitable than others.

Understanding that could be very important to securing contracts for higher value/higher margin crops. This autumn, PQF intends to do extension with farmers to help them do climate surveys on their farms.

Clothier said interest was building in horticulture, with a number of different drivers.

“We know what future water quality standards might do to the ability to have intensive dairying close to rivers - whereas that high-class land, that LUC 1, 2 or 3, is likely to be the river flats close to a river.

“You could, without destroying the dairy farm or the sheep and beef farm, put a 5ha orchard there. Then lo and behold, up and down the valley you might have a collection of 5 10, 20 blocks of 10ha to 25ha each, that would form an industry.”

Clothier adds that horticulture had a lower environmental impact.

“If we look at carbon, there’s no methane in horticulture so there’s going to be no big issue with the future carbon price.

“And the nitrous oxide emissions are very low because you don’t put nitrogen on horticulture crops – otherwise they just grow leaves, and you can’t sell those.”