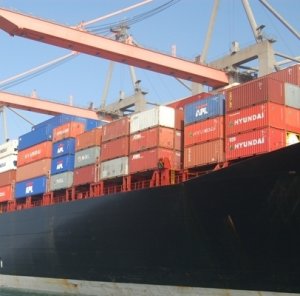 Exports of dairy products, meat and edible offal, crude oil, and logs, wood, and wood articles all showed notable decreases for the month. Crude oil tends to be imported and exported in large, irregular shipments. Twenty-one of the 25 largest commodity groups exported from New Zealand showed decreases in April 2012.

"Most commodities for exports fell this month, with primary products driving the decrease, although it should be noted that April 2011 had the highest exports value for any month on record so far," industry and labour statistics manager Neil Kelly said.

For April 2012, imports of goods increased $3.7 million (0.1 percent) compared with April 2011. Imports of plant and machinery, and passenger motor cars both increased. This was offset by decreases in crude oil, fertilisers, and inorganic chemicals.

The exports trend has been decreasing since November 2011, which was a record high, and is now at the same level as in November 2010. The trend for imports has been flat in recent months, and is up 24 percent since its most recent low point in September 2009. However, this trend is still 7.1 percent below its overall peak in September 2008.