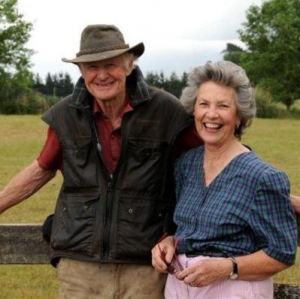 PRIMARY WOOL Cooperative's profit of $1.9m for the 2013 financial year is the largest in the cooperative's 39-history, says chairman, Bay de Lautour.

The 2013 profit represents 71c a share and comes from Primary Wool Cooperative's 50% share of Elders Primary Wool which de Lautour says has gained market share as farmers see the benefits of their wool being handled by an efficient broker and seeing half the profits returned to the 100% farmer owned cooperative.

Consistent rewards to members include a 5% dividend in 2012, a 10% dividend in 2013, the annual 3c/kg rebate and new high quality woolpacks at a significant discount, have clearly struck a chord with farmers.

The cooperative has sourced about 75,000 new wool packs and sells them to farmers at $4 each, less than the market rate for second-hand packs. "This is a reward to members and also a way of improving the presentation of the wool clip."

Primary Wool Cooperative supports industry-good programmes and is a significant funder of the Campaign for Wool in New Zealand. The cooperative will increase its spending on promotion and industry-good as its equity position continues to strengthen, de Lautour says.