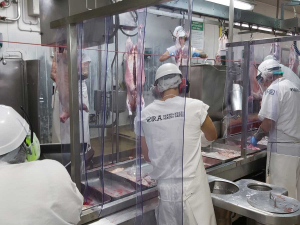 The red meat sector generate $12 billion in income per year for the country.

The red meat sector is calling on all political parties to recognise its significant contribution to New Zealand’s national and regional economies in the run up to this year’s election.

The research conducted by SG Heilbron Economic and Policy Consulting, commissioned by the Meat Industry Association (MIA) and Beef + Lamb New Zealand (B+LNZ), also coincides with both bodies launching a joint manifesto ahead of New Zealand’s general election in September.

The independent study shows the meat processing and exporting sector – as well as sheep and beef farmers – collectively generate $12 billion in income per year for the country.

The red meat sector also accounts for more than 92,000 jobs, almost 5% of New Zealand’s full-time workforce. It is also responsible for $4.6 billion in household income (on average that works out at $3300 for every household in New Zealand) and represents approximately a fifth of New Zealand’s productive sector.

The manifesto outlines the importance of political parties working with the red meat sector as partners to re-build the New Zealand economy. It identifies the challenges and opportunities in environmental issues, trade and market access, animal welfare, food safety, biosecurity, innovation, employment relations, immigration and health and safety.

“As New Zealand’s largest manufacturing industry and the second largest goods exporter, the sector is critical to the prosperity and wealth of the country’s economy,” Sirma Karapeeva, chief executive of the Meat Industry Association explains.

She says the industry is a significant employer, mainly in regional New Zealand, supporting the livelihoods of families and rural communities.

“The Government has a huge once-in-a-generation task ahead of it. The priority post-Covid-19 must be ensuring we have our long-term policy settings and infrastructure right. Open and predictable market access is vital for the ongoing success of our export-focused sector as it creates a stable and level international playing field in which our exporters can prosper and thrive.”

Karapeeva says the industry is one of the biggest trainers in New Zealand.

“The training system for meat processors is extremely effective at putting new workers onto career pathways and training them,” she explains. “We must have the right skills development and training framework in place to support the industry, our people and the country.”

B+LNZ’s Sam McIvor says the red meat sector’s contribution to the social, economic and environmental wellbeing of the country is significant. He believes the industry has underlined its resilience and its importance in the wake of Covid-19.

“In this period of adversity, the primary sector has shone. Despite significant drought, feed shortages across the country and the Mycoplasma bovis outbreak, our industry has continued to perform strongly and deliver for New Zealand,” McIvor says.

“It’s important that when making any decision about the recovery and the future, the country must ask itself – what is good for exports, employment, productivity and the environment?”
He says the Government must support practical on-the-ground initiatives by farmers to improve the environment, while ensuring that the environmental policy settings are right.

“A key concern for the sector is the impact of various government policies that incentivise the conversion of sheep and beef farms into forestry, due to the negative impacts on rural communities. The sector wants limits on the ability of fossil fuel polluters to offset their emissions by planting exotic trees on farms.”

Meanwhile, McIvor says improved rural connectivity and continued co-investment in initiatives and research aimed at value adding and lifting the productivity and profitability of the sector is also crucial.

ETS changes a ‘slap in the face’

Farming groups have described the newly passed emissions trading reform legislation as a ‘slap in the face’ that will not reduce the country’s carbon emissions.