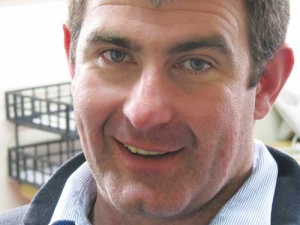 The propsed Hawke's Bay Ruataniwha irrigation scheme is another step closer following the approval of the design and construction contract for its dam at a regional council meeting last week.

The scheme has bred controversy at the Hawke's Bay Regional Council meeting table, splitting councillors for and against it. But this new development means the design and construction contract is bankable – the pro-Ruataniwha faction is now in the ascendancy.

This has prompted Irrigation New Zealand – the national body representing irrigators and the irrigation industry – to congratulate the Hawke's Bay Regional Investment Company.

"It is a key step toward getting the project on its feet," Irrigation New Zealand chief executive Andrew Curtis says. "It means further capital raising can continue in earnest and investor interest from Hawkes Bay and other areas can be progressed."

And Curtis points to another positive milestone: the amount of water already contracted or in the final stages of being contracted to farmers now exceeds the required 40% threshold.

"This is positive for theHawke's Bay region which suffers annually from extreme dry spells affecting agriculture and impacting local economies and communities. The certainty of water supply from Ruataniwha will put a stop to that insecurity and help turn Waipukurau into the Ashburton of the north," Curtis says.