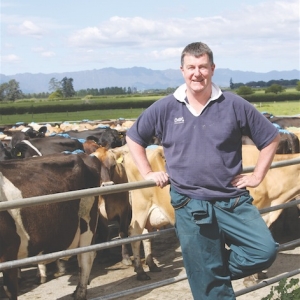 Rural trader PGG Wrightson has reported a half-year gross profit of $33.6 million, its best result in seven years. Group revenue was up 3% and net profit after tax increased to $19.7 million, up from $13.4 million for the same period last year.

PGG Wrightson chief executive Mark Dewdney called it an outstanding result with increases recorded in most areas of the business.

“The momentum we’ve built up as a group over the last few years is continuing to increase sales and earnings.

“This is a pleasing result for the first half and while there are headwinds… such as falling milk prices and a dry summer, we’re cautiously optimistic about the remainder of the financial year.
“Right across our diverse business we’ve got great people and great products. We are working hard to stay ahead of our competitors, and our customers are continuing to respond to our improving offering.”

PGW’s board declared a fully imputed dividend of 2 cents per share to be paid out in April.

The improved results owed much to improvements in PGW’s three largest businesses: retail, livestock and seed and grain.

Retail grew sales and lifted margins to achieve a $2.6 million increase in operating profit. “This improvement was led by our core agronomy categories, where our technical expertise is strong,” says Dewdney.

Livestock improved operating profit by $2.3m; livestock tallies were broadly in line with the prior corresponding period but prices were higher in cattle and sheep, resulting in higher commission income and earnings.

Seed and Grain posted a $3.6 million increase in operating profit; increased demand for supplementary forage crops in New Zealand, such as fodder beet, brassicas and herbs, played a big part in this improvement.

“The board notes that the execution of the strategy outlined at the annual shareholders meeting in October is on track across the three themes of improve, grow and change.”

PGW’s last trading update in December reiterated guidance that the company was on track to better last year’s gross profit of $58.7 million. The company updated full-year guidance to a range of $62-$68 million.

“The strength of this first half result has given us confidence that the 2015 full year result will be a solid one”, says Dewdney. “However there is still a lot of trading activity to get through yet.

“The dry summer in New Zealand will lead to reduced farm spend if it remains as widespread as in 2013. On the other hand, if the dry conditions become more localised, that could stimulate trading in livestock and feed. The livestock segment makes most of its contribution to earnings in the second half and changes in livestock prices will continue to affect the results.”