She has unfinished business 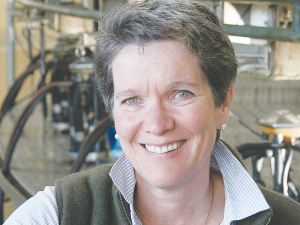 Former Fonterra director Nicola Shadbolt is one of six candidates vying for the two vacant board seats on the dairy co-op this year.

Former Fonterra director Nicola Shadbolt says she has unfinished business on the co-operative’s board.

The Manawatu farmer is one of the six candidates vying for two board seats.

Shadbolt was endorsed by the board for another three-year term in 2018, but an independent panel rejected her candidacy, so her work was cut short.

Rules, which have since changed, dictated that a candidate rejected by the panel may not contest the director election that year. A rule change now gives farmers the ultimate say on whether incumbent directors get re-elected.

Shadbolt told Rural News that a number of people had contacted her about making a comeback. Their concern was that the board was light on science and innovation skills as well as that strategic, global understanding, and they valued her absolute commitment to the cooperative model.

“That’s why I have put my hat back in the ring,” she says.

Shadbolt feels there is work to be done to strengthen the co-op.

“It takes two to tango, the Shareholders Council and the board,” she says.

Shadbolt also believes a post-Covid world is very different and Fonterra would need to realign its strategic direction.

“Post-Covid there are huge opportunities in the nutritional space.

“We just need to be clever in what we do as a global food company.”

Guy, O’Connor and Quinn were recommended by the independent selection panel after their assessment process. Shadbolt and Cotton are non-assessed candidates and are standing with the written support of 35 farmer shareholders.

Guy says his relationships with bureaucrats in Wellington will help the co-op’s farmers immensely.

With the agriculture sector facing more legislation around sustainable farming practices, Guy says his knowledge of “how Wellington works” will be helpful.

“I have long term relationships across the whole Parliament and also with senior officials and let’s face it, they are ones who write policy,” Guy told Rural News.

“Conversations and coffee chats with Wellington bureaucrats will ensure Fonterra and its farmers voices are heard as policies are developed.”

Guy, who retires from Parliament at next week’s general elections, served as a National MP for 15 years and as Minister for Primary Industries for five years. He wants to be part of NZ’s largest company.

Guy is now the joint owner and managing director of Kereru Farm that began supplying the Levin Dairy Co-op in 1933 and has grown to milk 1400 cows. He is also a director of Horowhenua Kapiti Rugby Football Union.

The candidates start a roadshow to meet and answer questions from Fonterra shareholders on October 19.

Two seats are up for grabs, chairman John Monaghan is retiring at this year’s annual meeting to be held on November 5.

Voting packs will be sent out to farmers next week. Voting closes 10.30am on November 3 and results will be announced later in the day.

The forecast milk payout for this season has gone up by 40c and Fonterra farmers can thank Chinese consumers.

Fonterra has increased the mid-point of its forecast farmgate milk price for 2020/21.