Too early to tell Nelson’s hail damage to apples 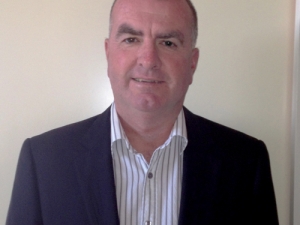 Nelson apple growers have suffered significant losses from hail on Wednesday – some the size of 50c pieces.

But the industry will need at least a week to assess the cost of damage, Pipfruit New Zealand chief executive Alan Pollard says.

"Our Nelson apple growers have suffered significant losses from the hail with some blocks wiped out, but it is too early to tell the full extent of the damage,"

Pollard says a Pipfruit New Zealand team will be on the ground in Nelson working together to support the close-knit grower community, which represents about 27% of the country's overall apple and pear crop.

"Our thoughts are with all affected Nelson growers. We will be assisting to quantify the damage over the coming week.

"Every year growers deal with a number of challenges including those thrown at us by Mother Nature, but we work through it.

"There is very high demand for New Zealand apples so we will take our time and assess the damage and work on maximising the crop we can get off affected blocks.

"The industry is always stretched to find enough labour to pick our crop. With likely extra thinning now required, we do not expect this hail to result in job losses."