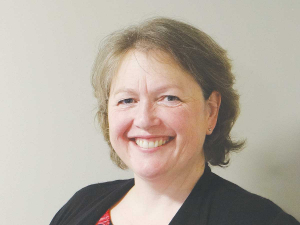 Rural Contractors NZ vice-president Helen Slattery says there have been new finds of velvetleaf in mid-Canterbury, Auckland and Waikato and there are incursions in nearly every region.

“There are small blocks in Auckland with absentee owners that were previously in maize that are riddled with it.”

A member of the mallow family, velvetleaf is notoriously hard to control; each plant can produce over 30,000 seeds which survive for a long time. If allowed to germinate it could mean 70% reductions in crops.

“As contractors we have particular concerns because we work on a variety of properties and the last thing we want to do is help spread this pest.”

She says contractors should report any velvetleaf and clean down machinery between farms.

Thousands of velvetleaf plants can appear on infested properties – particularly after land is cultivated. Seeds can be produced from plants at 15cm tall, but these plants can grow to 2m. Stock eating velvetleaf seeds in maize provide a source of spread as seeds are not killed after being digested. Seeds also survive the ensiling process.

The South Island has a different strain of velvetleaf and appears to produce less seeds and appears that it is less invasive than the one found in the North Island. However, it is still a concern,

Slattery continues reminding rural contractors to be alert to velvetleaf and to maintain machinery hygiene and biosecurity practices, especially at this time of the year when it presents most risk of being spread. Some sprays are effective but have to be applied at the right time of year when the weed is immature.

New rules for surgical procedures on animals have come into effect following a year-long delay due to Covid-19.

A company, founded by two agribusiness leaders, is partnering with Government on a $20 million research and development programme that could put New Zealand on the map as a leading leaf protein concentrate producer.