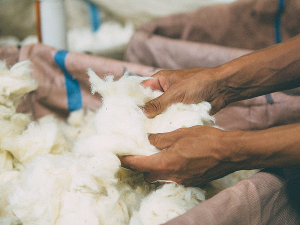 Godfrey Hirst has demanded Cavalier withdraw a number of claims in its marketing campaign, which promotes New Zealand wool as a more sustainable alternative to synthetic carpet fibres, or face legal action under the Fair Trading Act.

It claims that Cavalier and Bremworth had "demonised" synthetic carpets, with what it alleges were false and misleading references to single-use plastic bags and microplastics, and by lauding environmental wool carpets without acknowledging the full environmental impacts of wool carpet manufacturing, including livestock farming and wool scouring chemicals required for insect-resistant treatment of wool.

However, Cavalier is refusing to cower to its American rival. In a statement, released to the NZX, it says it will not shy away from promoting the virtues of wool.

Late last yearm under former chief executive Paul Alston, Cavalier announced that it was getting out of synthetic carpets altogether.

This was seen as a bold move, but new chief executive Greg Smith says the consumer feedback had so far been positive.

"From my perspective, I am very confident in the natural fibre strategy and the way that we are trying to reach our consumers," he recently told the NZ Herald.

He says wool carpets were Bremwoth's history: "100 per cent wool is where we started."

Smith acknowledges that there is a consumer preference for synthetic carpet.

"Clearly consumers have embraced synthetics, as they have done in lots of different industries," he concedes.

He added that the decision to stop making synthetic carpets was a difficult one. "There are always revenue implications when you give up a slice of your business to go down a different path."

Smith points to the ban on plastic bags and the electric car subsidy as proof of the consumer landscape changing quickly.

"These things are all happening because consumers and want a more sustainable future," he says.

OPINION: Your canine crusader is shedding a tear (only crocodile) for US-owned carpet manufacturer Godfrey Hirst, which is threatening legal action under the Fair Trading Act, against its NZ rival Cavalier for "demonising" synthetic carpets.