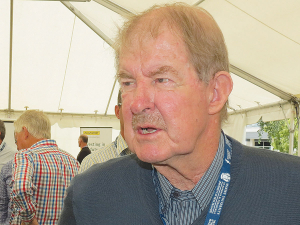 Jock Allison claims the proposed ag emissions pricing schemes will leg-rope agriculture and have no effect other than reducing NZ’s standard of living.

Correct, but unfortunately the explanations given re the inclusion of agriculture in the Emissions Trading Scheme (ETS), the 'split-gas approach' and the confusion about the appropriate metric for methane, GWP 100 or GWP, do little to stem the flow of confusion.

The basis of the global warming mantra is not based on fact. Similarly, the alarm about methane and nitrous oxide is also not based on fact. To be fair, there has been a huge agricultural press about methane and the ETS. However, the industry is totally confused, not that this will be acknowledged by industry leaders in Federated Farmers, Beef + Lamb, Fonterra and many others.

I am not sure what this actually means. But it is pretty clear the Climate Change Minister James Shaw is not enthralled by the suggestions made by the working group on agricultural emissions (HWEN), which have been reported as delivering less than 1% reductions in GHG emissions. The very suggestion of such a "lukewarm" response apparently has the Greens rank and file up in arms.

However, I believe that agricultural GHGs should not be taxed/levied at all.

Much has been written about the split-gas approach, which allows the short-lived gas methane to be treated differently from long-lived gases, CO2 and nitrous oxide. The problem is that CO2 is a short-lived gas also, although this is not accepted by the IPCC.

Much has been written in the farming press and the scientific literature about methane's effectiveness as a GHG. Professor David Frame from Victoria University has consulted widely with industry about a new metrc GWP* to replace GWP (the Global Warmin Potential) for methane, stated by the IPCC to be about 28 times as effective as a GHG than CO2.

Our work published in 2017 in the NZ Institute of Primary Industry Management Journal based on the work of two American Professors is still correct - although no one seems interested? See https://bit.ly/2TgPMLA; the contribution of methane and nitrous oxide to warming is negligible. Water vapour (as noted by the IPCC) is the main GHG, and CO2 has a minor effect only.

The GWP* metrict, widely promoted to industry, although through questionable science, if adopted would assess the effect of methane probably as a quarter or one fifth of the present estimates.

However, the metric is unsuitable anyway, for on-farm estimates of methane effects. My efforts to get a simple figure, say 20 or 25%, from the proponents Myles Allen and Professor Frame have been ignored. NZ officials and Minister James Shaw have no intention of promoting the new metrict to the United Nations Framework Convention on Climate Change anyway, so all of this discussion is moot.

Meanwhile Article 2b of the Paris Agreement states it aims to strengthen the global response to the threat of climate change, "(b) Increasing the ability to adapt to the adverse impacts of climate change and foster climate resilience and low greenhouse gas emissions development, in a manner that does not threaten food production".

Our COP climate negotiators, our government and our industry leaders all seem totally deaf to this definition. Yes, our agriculture is producing food for the world, Government policies are reducing food production, whille the effect of methane on climate is negligible, and CO2 is a short-term gas.

Yes, it is time to do the math, but the assumptions for that math need to be credible. We seem to be in a complete 'Buggers Muddle' intent on leg-roping billions of dollars which will have no effect other than reducing out standard of living.