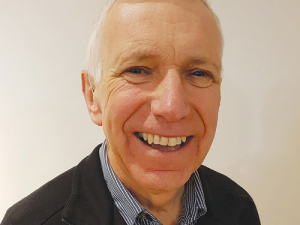 Farmers should seize the opportunity to join a Red Meat Profit Partnership action group if they want to improve their profitability.

I am facilitating five lower North Island action groups that offer real value to farmers. The RMPP has seed-funding available to help pay for group facilitator services and for other specialist advice, as well as offering the opportunity to learn from fellow farmers.

I don’t adopt the stance of an ‘expert’ in the meetings of the groups I’m involved with; I go along to facilitate the discussion. I discovered a very long time ago that farmers learn more from each other than they ever learnt from me.

Some farmers don’t realise how much they can benefit from an action group until they join and get the opportunity to share their ideas with others.

You must have the right mindset to want to get involved when the opportunity presents itself. It’s just a matter of whether you want to move ahead or not.

The reality is that none of us are going to live long enough to learn everything we need to know on our own, so working together in a group helps speed up the learning process and it gives you confidence when you see other people doing things.

If you stay at home day after day and do the same thing you’ve done for the last 20 years that’s fine too, but don’t expect necessarily to get ahead much.

One of my groups, centred on Dannevirke in Hawkes Bay, is focused on feed budgeting.   Members bring their laptops to every meeting; they update their feed budgets and look forward to issues they might encounter in the next few months.

Usually the biggest one’s a potential feed shortage: what are we going to do?  So we brainstorm and list all the things we could do at each time of the year, then we cost them out as best we can. That’s been an absolute eye-opener.

Often what we think of as doing nothing, e.g. letting ewes get a bit skinnier, or tightening up the cattle, actually works out to be a very expensive option overall.

Financial analysis has been a real revelation for some group members too.

Sometimes people do something because it’s easy – ‘We’ll just go and buy some baleage’. Farmers can be reluctant to sell stock if they get short of feed; for some reason they’d rather buy in feed than sell stock. But most of the feed you buy in is going to cost at least 50 cents/kgDM, yet our farming systems only return 10 - 20 cents/kgDM, so if you start piling in expensive feed it’s going to affect your profitability quickly.

When the penny drops that what they’re doing isn’t helping profitability, farming practices can start to change. I love it when that happens -- the light-bulb moments everyone shares in: it’s fantastic. That’s part of the benefit of a group of farmers who get on well and can appreciate what’s happening.

Sometimes it takes time for farmers to have the confidence to incorporate new ideas in their management. However, I’m confident positive changes will be made.

It’s just a start, the profit’s not going to happen this year.  But they’re now seriously thinking more critically and objectively about what they do. The improvements in profit will come.

What is the Red Meat Profit Partnership?