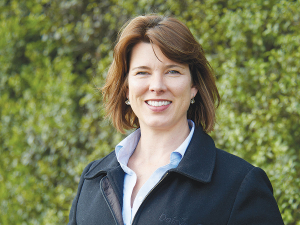 OPINION: Budget 2021, for the primary and rural sector, was basically a non-event.

While disappointing, it was not surprising.

One would have thought that as the primary sector led and continues to lead NZ out of the Covid economic crisis we face, the people running the country would show more interest in it. As Federated Farmers says: it is the agriculture sector that bankrolled the Budget's "big spending".

Mind you, the last thing the farming sector needs is more government interference. It is already feeling the negative impacts of this in the form of freshwater reforms, winter grazing rules, carbon taxation and the refusal to budge on allowing in more migrant workers into the country.

Some have rather irreverentlyu termed last month's Budget as "The Bludget" - in reference to the $3.5 billion handed out by the Goverment in benefit top-ups. While it might be a little churlish to begrudge those at the bottom of the ladder some financial relief, it says something about the current Government's mindset and priorities when it is more focused on redistributing the country's wealth than growing it!

The only thing of real interest to the primary sector was the $60 million (over four years) that was allocated towards lowering agricultural emissions and developing a national farm planning system. This included $37m towards national integrated farm planning system for farmers and growers, $24m towards agricultural greenhouse gas mitigation research and development, and $900,000 to collect vital statistics on agricultural production, such as greenhouse gas emissions.

DairyNZ has righly described Budget 2021 as a missed opportunity with nothing new or transformational for farmers or rural communities. DairyNZ's Jenny Cameron says there was "very little new funding" to help farmers improve the environment work they were already doing on farm.

She also points to no investment in initiatives to help build resilience in rural communities - particularly digital connectivity, biosecurity and rural mental health.

On the rural health front, there was nothing - despite the increasing evidence of mental health and other issues affecting the rural sector. As the New Zealand General Practice Network says, there was nothing in the Budget to address the 'post code lottery' where the treatment is determined by where you live.

Despite there being no real recognition of the primary sector in Budget 2021, farmers and growers will keep on producing and building the wealth the country desperately needs.