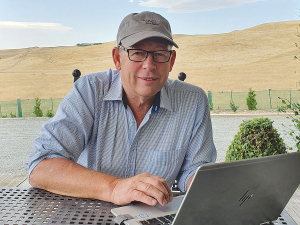 Hawke’s Bay businessman, Rick Cranswick will be presenting, ‘How to see the dollars from the trees!’

OPINION: The East Coast Farming Expo has been home to robust conversations since its first event almost five years ago.

The seminars, which draw some of the best speakers in the country, address important, topical issues. Speakers are unafraid to tackle tough matters and attendees are not shy about asking the hard questions.

Expo manager Sue Wilson is thrilled with the speakers attending this year.

“The Expo has become a highlight of the rural calendar and attendees know they’re going to be treated to a great couple of days.”

Wilson says there are a number of firsts in 2020 – including new presenters and seminars.

Nicky Barton from WorkSafe New Zealand is presenting on Thursday 27 February at 10.30am: ‘Old Dogs, New Tricks’ – Age and influence in health and safety in New Zealand’s primary sector.

Barton is a sheep and beef farmer’s daughter from the Wairarapa. She studied psychology and education at Victoria University in Wellington. She is now media manager at WorkSafe New Zealand.

Barton says reading and writing about the harm occurring in New Zealand workplaces every day – especially on farms – is confronting stuff.

“It hits home when you hear about a farmer, or farm worker losing their life in the place they love,” she says.

“Events like the East Coast Farming Expo are a great environment to take stock of the current farming landscape. Challenge your way of thinking and take something new, knowledge or otherwise, back to the farm with you that makes your operation smarter and safer”.

Barton says it can be a sizeable PR challenge to get farmers on-board with thinking about safety, but it’s a challenge she is enjoying.

“I don’t wear gumboots every day and I am no good on a handpiece, but I do believe that public relations and education play a vital role in building and maintaining New Zealand’s primary sector capability, especially when it comes to keeping people safe on farm,” she said.

Also attending this year is Hawke’s Bay businessman, Rick Cranswick, who will be presenting, ‘How to see the dollars from the trees!’ at 10am on Wednesday 26 February.

Cranswick is from a farming family and had a sheep and beef farm until he was 30. He then spent 27 years as an accountant in public practice and 19 of those as the CEO of Hawke’s Bay’s largest accounting and financial services business.

“I’m passionate about pastoral farming and farming districts, but also recognise the opportunity – the uplift in income and farm values – that comes from conversion to forestry,” he says.

Cranswick will outline his view on the “massive increase in profitability in forestry from the rise in value of carbon credits and the opportunity that presents for landowners”.

“There are opportunities to help with farm expansion, succession, debt reduction and major increase in farm profitability and farmers’ lifestyles,” he says. “I’ll give simple and practical examples how to take advantage of the dollars from the trees.”

February’s East Coast Farming Expo will be the fifth year of innovation, interaction and excellence. The two-day event, which is hosted by Wairoa Community Development Trust, will be held at the Wairoa A&P showgrounds on Wednesday 26 and Thursday 27 February 2020.

The East Coast Farming Expo will return in February 2020 for a fifth round of innovation, interaction and excellence.

The 2019 East Coast Farming Expo organisers are hailing the early-March event at Wairoa a success, saying farmers spoke well of their efforts.

This year’s East Coast Farming Expo – on March 6 and 7 at the Wairoa A&P Showground – will again have energy high on its agenda. 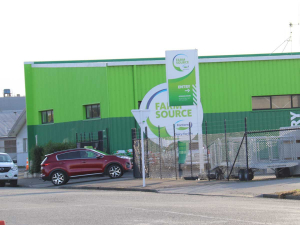