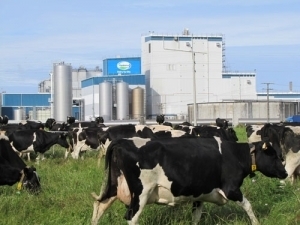 Fonterra's lacklustre 20-page document will struggle to stimulate farmers, already in favour of a radical change in the board size.

Fonterra's new discussion booklet on revamping its governance is titled 'Let's have the Conversation'.

But the lacklustre 20-page document will struggle to stimulate farmers, already in favour of a radical change in the board size.

After being stunned in November by 54% shareholder support for a leaner board, the co-op's board and Shareholders Council agreed to speed up the process.

Farmer shareholders were told that several years of preparatory work had been done by a joint board/council review committee locally and overseas.

Sadly, for farmers the discussion document doesn't reflect this, it outlines what most farmers already know.

Last week, the board and council held farmer meetings around the country to discuss the discussion booklet; next month the co-op will develop its proposal based on farmer feedback.

In April, a draft proposal will be submitted to farmers; a second discussion booklet will be distributed, followed by another round of farmer meetings.

Farmers will vote on the final proposal in May.

A proposal floated by former directors Colin Armer and Greg Gent called for a nine-member board, appointed by farmers; this gained 54% support at the last annual meeting but fell short of the 75% support required to force a constitutional change.

The dilemma facing Fonterra's board is that most farmers are already in favour of a smaller board; they voted for the Armer/Gent proposal despite, defying a recommendation from the board and council.

It's clear that farmers have made up their mind; a fitter and leaner board is the way to go.

The independents wield lots of influence and can end up holding the balance of power; when Armer lost the chairmanship to incumbent John Wilson by one vote in 2012, the independents are believed to have backed Wilson.

The Armer/Gent proposal seeks only farmer-elected directors on the board.

In its discussion booklet, Fonterra argues for having qualified independent directors.

Farmers will be mulling over their options in the coming months; they have already defied the board and Shareholders Council once on the issue; they won't hesitate to do that again.