The danger of long hours 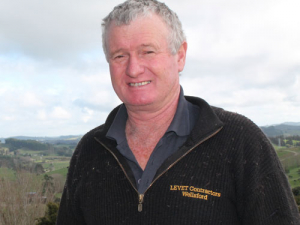 It was a headline that should remind all of us about the risks of asking our staff or ourselves to work very long hours.

It read: Tractor driver had worked almost 200 hours in the fortnight leading up to his death and followed a WorkSafe prosecution.

Let’s be honest. Our businesses are built around getting a lot of work done in what is sometimes a short window of time. We and our staff often work literally from dawn to dusk. Available time windows are often shortened by weather.

As rural contractors, we do our best. Look at our efforts to recruit overseas operators to fill some of the gaps. But there has to be a limit to what we ask staff to do or take on ourselves.

Back to that headline. A court had heard that In October 2016, a worker for a Waikato contracting company had been assisting with harvesting operations on a farm in Pukekawa. The man had logged a 16.75 hour day before leaving the farm, taking a tractor home in preparation for the next day’s work.  At 2.45am he crashed the tractor and died as a result of injuries sustained during the accident.

WorkSafe found the worker had worked 197.25 hours in the fortnight leading up to his death.  Fatigue was identified as the most likely cause of the accident.

The company had a health and safety document prepared earlier that year, identifying fatigue as a high rating hazard and outlined management steps including monitoring work hours and break times.  As too often happens, it was not implemented.

As WorkSafe said: “Seasonal work and tasks like harvest can put a huge amount of pressure on everyone involved.  Managing the risks is essential.   The life, health and wellbeing of your workers must be your number-one priority.”

None of us wants to face up to a grieving family or leave our own facing such a loss. We all know that there is a limit to how many hours we can work and keep performing at a high level. Inevitably, after 8, 10 or 12 hours, none of us is functioning at our best, no matter how much coffee or food we’ve had.

As responsible rural contractors, part of what we need to do is set realistic expectations. Tell the farmer that you can do a set number of hours but then it’s not worth the risk to them, you or your staff to push well past that.

While the financial risks should pale into insignificance alongside the potential human cost, these also need to be considered.

For failing to stop workers being exposed to serious injury or death arising from fatigue, the maximum penalty is a fine of $1.5m.

The Waikato death was the first sentencing for fatigue-related failings since the introduction of the Health and Safety at Work Act 2015. Sadly, it may not be the last but let’s work to make sure we as RCNZ members protect our staff – and ourselves.