Elderly UK farmers should be paid to retire, says Minister 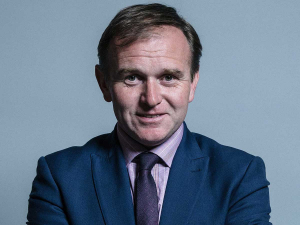 Speaking at the National Farmers' Union’s 2020 Conference this week, Eustice said that some veteran farmers are 'standing in the way of change', reports The Telegraph.

He said that paying veteran farmers a lump sum would enable them to ‘retire with dignity’.

Eutice, who was appointed Secretary of State for Environment, Food and Rural Affairs on February 13, 2020, said the lump sum would consist of several years' subsidy payments.

He says such a measure would offer better opportunities for new entrants with fresh perspectives for agriculture.

The average age of farm holders in the UK is 59.

Eutice’s recommendation comes as the UK government works to phase out £3 billion (NZ $6.13 billion) in subsidies from the EU Common Agricultural Policy basic payment scheme from 2021.

The scheme has been criticised for creating barriers to entry for newcomers by paying farmers on the basis of the land they hold, rather than their productivity, effectively discouraging innovation.

Eutice says new entrants are the lifeblood of all industries, with agriculture being no exception.