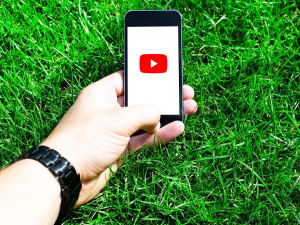 A trend is emerging of farmers posting on YouTube to make money — but just how worthwhile are the returns?

Morgan Gold, a 39-year-old duck farmer in Vermont who has been posting since 2018, says he made a couple thousand dollars a month from the platform in the final quarter of 2019.

Whilst he only made a net profit of US $600 in 2019, Gold says it was YouTube that made the difference between him making a profit or a loss.

He says the platform also enables him to sell geese, ducks, and hatching eggs more easily.

Gold, who has more than 69,500 subscribers on his channel Gold Shaw Farm, bought his 162-acre operation in 2016, despite not having a strong farming background.

Gold’s YouTube videos are popular despite his inexperience or his farm’s productivity. One video posted in October about a “freakishly huge” duck has garnered him almost half a million views.

The more views Gold receives, the more money he is able to make, keeping a proportion of YouTube’s advertisement revenue from those played on his channel.

Sligar says that YouTube advertisement revenue can earn him between US $200 to $800 monthly.

Farmers looking to make money themselves on YouTube will be pleased to know that the market for agriculture videos on YouTube is growing.

YouTube representatives reportedly told Civil Eats that since October 2017, uploads of farming-related videos have risen at an annual rate of more than twice that of cosmetics-related videos — one of the platform’s biggest earners.