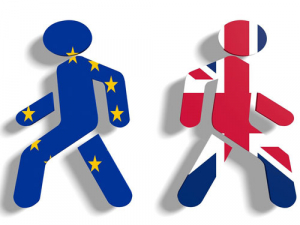 Analysts fear that up to 25% of Britain’s farms will be at risk of bankruptcy if farm subsidies aren’t guaranteed by the government post-Brexit.

At present, Britain’s agriculture policy follows the EU’s Common Agricultural Policy (CAP), which provides subsidies for farmers. About 50 - 60% of farm income in the UK comes from EU subsidies, but Prime Minister Theresa May’s Government has only guaranteed the extension of current funding levels to farmers until the end of this parliament.

Phoebe Sleet, research analyst for the research institute Future Directions International, says this has “raised concerns that up to a quarter of farms in the UK could go into bankruptcy as the transition to a new agricultural policy begins, especially those already struggling”.

“While solutions to the UK’s farming policy after Brexit are, finally, being drafted, the lack of preparation indicates a worrying lack of care by Westminster to secure British food security at a time of major risk.”

With Brexit negotiations dragging on, fears have mounted that no formal agreement will be reached, which could lead to a chaotic exit from the EU.

Dominic Raab, the Secretary of State for Exiting the EU, recently said the Government has been looking at what action would be necessary to ensure Britain’s food security if no agreement can be reached.

Sleet says a no-deal Brexit situation would be especially perilous for the food security of Britain, which is no longer food self-sufficient and must import about 30% of its food from the EU.

“Those EU imports are not easily replaced, either by importing from other sources or through increased self-sufficiency.  Few alternative sources of food imports have been identified.”

This could lead to increased food prices, adding pressure to the one in five households already on the cusp of food insecurity in the UK, says Sleet.