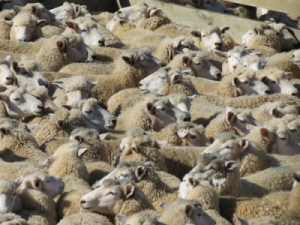 The North Island wool auction received revived support this week with an improved 81% of the 5700 bales selling.

The North Island wool auction received revived support this week with an improved 81% of the 5700 bales selling.

Despite these positive factors, local prices were still below last week's South Island auction, but only marginally under the last more comparative North Island selection.

Dawson reports that compared to the North Island sale on the July 7, fine crossbred shears ranged from 2% cheaper to 2% dearer. Coarse good colour full fleece were nominally firm with the average style 1 to 2% cheaper.

Limited interest with renewed activity from Western Europe adding a steadying influence, supported by Australasia and the United Kingdom, with India, Middle East and China sparingly.

The next sale on July 28 comprises about 7400 bales from the South Island.