Ross elected to LIC board 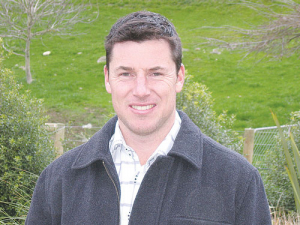 North Otago farmer Matt Ross has been elected to the LIC board for a four-year term.

Ross will replace retiring long-standing director Alvin Reid on June 1. He was one of two directors recently elected; the chairman, Nelson farmer Murray King, was re-elected.

Ross and his wife Julie farm 580ha, milking 1800 cows in the Waitaki Valley inland from Oamaru. The couple won the NZ Sharemilker of the Year title in 2007.

Ross started with LIC in 1995 as an AB technician. He has a B.App.Sc. (Ag) degree from Massey University.

He has been a director of Irrigation NZ and chair of the Maerewenua District Water Resource Co. He is a member of the Dairy Environmental Leaders Forum and a graduate of the Fonterra governance development programme.

King, who will continue as chair, says the election result provides a balance of freshness and continuity for the board.

“Matt’s appointment is an acknowledgement of his professional and farming expertise. I am honoured to be re-elected and to finish the work we have started at LIC.

“Over a year ago we set out to create a more sustainable future for LIC and we are now in the middle of implementing significant changes to achieve this.

“Ultimately everything we do at LIC is for our NZ farmers and that will continue.”

King thanked Reid for his contribution to LIC and to the dairy industry.

“Alvin has been a hard working and dedicated director always acting in the best interests of dairy farmers. He has not been afraid to challenge boundaries and has been instrumental in many technology advancements we now take for granted.”

The LIC board has seven farmer-elected directors and three appointed independent directors.