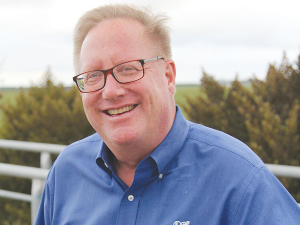 The seven year programme ‘Resilient Dairy: Innovative Breeding for a Sustainable Future’, is led by LIC with funding and support from MPI and DairyNZ. It is aimed at boosting NZ’s genomic progress.

A spokesman for World Wide Sires, John Schouten, says that because genomic evaluations is a numbers game, NZ is “hobbled in its ability to keep pace with genetic progress overseas where industries have large base populations to work from”.

It has delivered “staggering results,” he said.

“The first release of genomic data on US Holsteins and Jerseys took place in 2009, but Select Sires had been working with genomic selection to assist with sire and female selections for a few years prior.”

Since the official introduction of genomic evaluations, the US Council of Dairy Cattle Breeding has recorded the improvements (see table below).

Schouten said somatic cell counts (SCC) in US Holsteins have also decreased by at least 50% since 1985. Much of that had been achieved via traditional genetic evaluations for SCC in the mid 1990s which evolved into genomic evaluations in 2009.

“We’ve been making steady improvement for production traits all along. What genomic evaluations made possible was to allow us to make improvements for health and fertility traits at the same time as production improvements. This is difficult because of the genetic antagonism between these traits and is what has accelerated overall genetic improvement.

“The ranking of young animals using genomic evaluations has much greater accuracy than ranking by parent average alone, so we are able to use young animals as bull mothers and sire fathers, which shortens the generation interval and so speeds genetic progress.”

Schouten said genomic evaluations that directly address wellness traits have been available since 2016.

“We’ve made much progress with improved health and wellness. And the use of antibiotics has reduced and will be able to be decreased further through selection of animals with greater genetic resistance to disease.  This also aligns with consumer demands.

“Female fertility has also made a dramatic turnaround since 2009 and our female fertility levels are what they were back in the 1980s with cows producing much more combined fat and protein kilograms.

“With increased feed efficiency we are also able to produce higher volumes of milk and milk solids with fewer inputs, so decreasing the carbon footprint per kg of milk produced.”

Schouten says the company’s progress in genetics improvement has been enabled by access to the largest genomic database in the world.

Schouten said World Wide Sires’ challenge has been to utilise genomic sire information “so we could diversify our sire line-up to focus on genetics appropriate for the various global management systems”.

“The international consortium, of which World Wide Sires is a member, has proven the research works. It’s evident on NZ farms today with robust, highly fertile cows which last in the herd and produce in excess of 500kg per year,” Schouten said.

• US research into genomics and resilience began in 2008