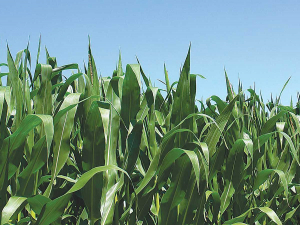 There is an increasing amount of data that shows maize silage systems are not only good for profit but that they are also good for the environment.

I have previously written about the fact that maize is a deep rooting plant capable of drawing nutrients from depth and that because it produces high dry matter yields, it has a relatively high demand for nitrogen (N). In fact, every tonne of maize silage drymatter harvested removes 12-13kg of N from the soil.

Until recently, we were lacking robust New Zealand data on N-loss under a maize silage, catch crop system. Because there is increasing regulatory pressure on farmers to reduce nitrogen losses to water, we felt that it was important to address this.

My colleague Dr Rowland Tsimba and the rest of the Pioneer research team set up a trial specifically designed to measure N loss from a maize silage/winter catch crop system.

The trial began in the spring 2018 and was designed as a randomised complete block design. The plots had maize growing in them over summer, followed by four winter catch crop treatments (fallow, oats, oats + annual ryegrass, annual ryegrass). Nitrogen loss from these plots was measured using an elaborate (and expensive) ceramic sampling cup system and lysimeters placed below the plot at 70cm and 120cm depth.

The results of this trial are shown in the graph below.

What have we learnt from the trial?

The ryegrass and oats catch crop treatments showed a 90% reduction in N loss when compared to the fallow treatment.

Catch crops need water and nitrogen to grow. They help reduce N-leaching by using soil nitrogen and water. The water is used for transpiration and this reduces drainage.

The depth at which you measure N-loss under maize is important.

Because maize is a deep-rooted plant, 70cm (the standard measurement depth for pasture plants) is too shallow to measure N loss from maize silage catch crop systems. In the Pioneer trials the N loss at 70cm was 3.5 times greater than that measured at 120cm.

How deep can maize roots go?

For most of my career, I have parroted what I was told when I first started working with maize, namely that maize roots grow to two thirds the height of the plant. Pioneer's research team wanted to see whether this "fact" was accurate, and they so build a rhizotron is a tall box of soil which has a perspex front closed off by doors to exclude light.

The researchers planted maize at the top of the box and root depth was measured weekly. A week after tasselling, the maize roots had reached the bottom of the box... 3.8 metres deep!

Those who read my column regularly know how important good science is to me. This is great science which will be peer reviewed and published. We plan to use it to help drive the development of sustainable farming systems. There is more to come, so watch this space.