All trade seriously at risk – Petersen 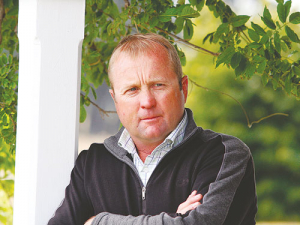 “The World Trade Organisation was formed in 1995 and it was the body that started to bring together rules on trade, particularly for agricultural products, and right now that’s all at risk,” he told Dairy News.

The potential US-China trade war poses long term threats for NZ products. While the products being targeted now are not NZ products, the risk of spill-over into our products is very high, Petersen says.

If there is a tariff on a product from the US into China, you’d have to question where that product will go, he says. It could displace NZ product in other parts of the world or it could find its way to NZ.

“The whole displacement effect could have a big effect on NZ as a country that relies very much on exporting and access to markets.

“While it is not an issue directly impacting on NZ, the spill-over effects could be significant. They are the ones we have to watch very closely.”

Peterson says some people suggest NZ may be advantaged by a US-China trade war.

“There may be a short term opportunity for some products into these markets as a result of the tariffs but the long term risk of it impacting NZ products is far greater,” he says.

In some ways NZ needs to keep its head down; it does not need to join sides on any of this, Petersen says.

“We need to keep our head down – keep calm and carry on. But equally we need to make sure our voice is heard and people understand the risks of the trade war that is looking increasingly likely.”

Petersen has just returned from a relationship building trip to the UK and Europe where, he says, a lot of advocacy will be needed over the next three to five years.

NZ needs to be better understood in that part of the world, he says. “That was the aim of the trip, and making sure NZ’s voice is being heard particularly with all the other countries going there at the moment.

“There are contentious issues we are trying to work our way through. One is what happens to our market access during the Brexit process; this is the allocation of the tariff rate quotas that exist up there for sheepmeat in particular but also for dairy products.

“Providing our view on all of those is really important.”

While the trip was successful, significant progress is “not a one trip wonder”.

“It will take a lot of advocacy over the next three to five years,” he says.

He says it is absolutely vital to keep communicating the agricultural message, domestically and internationally.

“New Zealanders in the agricultural sector have a really strong interest in what is happening offshore and the different market issues.

“I find wherever I go and talk about trade, people love to hear about it and want to be more involved.”