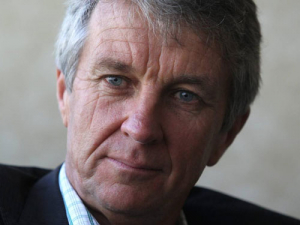 Fonterra shareholders have approved the appointment of PricewaterhouseCoopers as auditors for another year despite reservations from some shareholders.

A resolution to re-appoint PwC was backed by 85.59% of farmers who took part in the vote.

Gent says he felt the relationship between PwC and Fonterra had “become too close”.

Gent says it was time to look at new auditors.

He also noted that several PwC executives have ended up on the Fonterra board.

Farmer-elected director Brent Goldsack was a partner in PwC for more than 12 years; appointed director Bruce Hassall had a 35-year career at PwC, including seven years as chief executive of its NZ practice.

Fonterra chairman John Monaghan says he was not going to support changing the auditors “on the hoof” at an AGM.

He says Gent’s comments will be considered by the board when deciding the appointment of auditors in 2020.

Other motions passed at the AGM included approving the remuneration of directors; 86.5% voted in support.

A motion by Marlborough farmer Murray Beach to overhaul the co-op’s share structure was voted down; only 12.19% voted in favour.