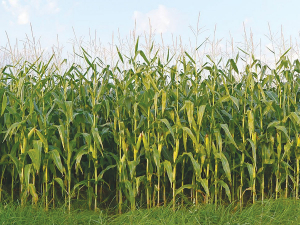 Maize silage and maize grain are both low protein feeds that have the effect of reducing dietary protein and therefore urinary nitrogen.

While some farmer groups have raised concerns about the report, most farmers realise that if we are going to sell our products on the world stage for the premiums they currently achieve, we need to be seen to be addressing key issues of concern for our customers….one of these being climate change.

The report makes for some fascinating reading.  It seeks to set a way forward whereby New Zealand can achieve the goal of reaching net zero emissions of long-lived gases by 2050, and to reducing biogenic (animal) methane emissions by between 24-47% by 2050.  The report has three target periods to help the Government measure progress towards the 2050 target, the last one finishing in 2035. All industry will be set reduction targets for each period with each industry focusing on the gases most responsible for global warming.  Agriculture is said to be responsible for about half of the country’s total emissions and 18% of the long-lived gas emissions. The key foci for agriculture will be on reducing outputs of both nitrous oxide (a long-lived gas) and methane.  However, the strategies to reduce these losses differ by greenhouse gas. Let me explain:

Most methane production from animals (biogenic) is simply a function of how much food an animal consumes.  The more feed eaten the more methane produced. Current targets require biogenic methane emissions to reduce by 10% below 2017 levels by 2030 and between 24-47% by 2050. The key strategies to reduce methane losses include moving to lower input systems, improved animal performance and around a 15% reduction in animal numbers with dairy cow numbers being most affected (see graphs, right). The graphs show that there is an assumption that there will be no loss of production and that the fewer animals will be expected to be significantly more efficient (e.g. more milksolids/kilogram of liveweight)

Nitrous oxide, while only contributing to about 5% of our total emissions, is a particularly long lasting greenhouse gas and therefore plays a big role in global warming.  Reductions in nitrous oxide from agriculture will be driven by less use of nitrogen fertiliser, standing animals off wet soils and the feeding of low protein feeds to reduce urinary N excretion.

Where does maize fit in?

Maize silage and maize grain are both low protein feeds that have the effect of reducing dietary protein and therefore urinary nitrogen.  Less urinary N means less chance for production of nitrous oxide.  Because both of these feeds enable animals to be stood off paddock when the soil is wet, there is also less chance of nitrous oxide being produced.  As I have often written about before, maize silage has three times the N use efficiency of pasture meaning more feed produced for the same amount of N. Both maize silage and maize grain are high energy feeds that can be used to drive higher milk production per cow.  Many farmers have cows producing around 100% of liveweight.  Maize silage, along with pasture make up the bulk of these high producing cows’ diets.

While this all looks pretty rosy, there are some considerations though that we will need to get our heads around as we head into the future.