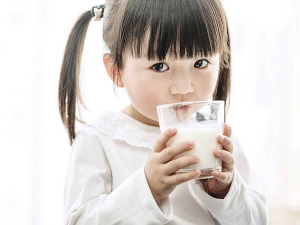 Demand for milk in China is growing as the country’s economy improves following Covid.

Two banks – BNZ and Westpac – are following Fonterra and lifting their forecast milk price for the season.

“The Chinese economy is on track to post modest growth over 2020, the only major global economy likely to do so.”

“This has coincided with macroeconomic indicators suggesting that the Chinese consumer is starting to follow the country’s industrial recovery that has been evident for months,” he says.

“This is a good macro backdrop for the demand pickup to be sustained. At the same time, Chinese purchasing power has been improving with an appreciating Chinese yen.”

Apart from China, most countries are still dealing with Covid-19.

Earlier this year there were fears of a price slump as the global recession, triggered by Covid, weighed on global dairy demand.

But Penny says China and some other Asian dairy markets are faring better than expected.

“More broadly, New Zealand agricultural exports, including dairy, have proved more resilient than we expected earlier in the year. In this vein, we now expect global dairy prices to hold at or around current levels over the remainder of the season.

“This updated view contrasts with our previous view that prices would weaken as the global recession weighed on global dairy demand.

“The strength in demand has seen prices firm over three consecutive auctions. Importantly, this sets up the milk price well for the season as this price strength has coincided with the peak in spring production and similarly high auction volumes.”

ASB, which is sticking to its $6.75 forecast, also notes that downside risks to the forecast have receded.

Rabobank, which will update its milk forecast payout in December, is hinting of a rise.

“This increased activity was reflected in the steady powder results, with Chinese demand noticeably higher for WMP compared to last month and also compared to this time last year,” she says.

“We forecast on a quarterly basis and we are set to revise our current $6.35/kgMS milk price in early December.

“If dairy prices remain resilient, ceteris paribus, we will be lifting our forecast.”

However, despite the positive outlook, some potential roadblocks remain.

Covid uncertainties are ongoing and developments on this front still have the ability to surprise, he adds.

Milk production continues to grow in most parts of the globe and this could tip the balance in favour of supply and impact prices.