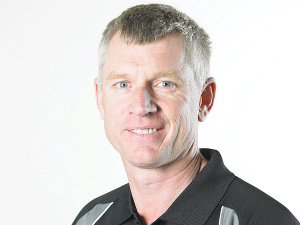 Regulators are being urged to work with and not against farmers.

The chair of Federated Farmers dairy in Taranaki, Janet Schultz, says many older dairy farmers there are struggling with compliance demands by regulators including the regional council and Fonterra.

She says morale is fairly low among farmers aged 60 and over; many feel hounded left, right and centre.

“We no longer have dairy assessments, we have dairy compliance: all bought-in feeds must be ‘up to speed’ and you must have all your certificates to prove that.

“We have to show them our herd records, show them our waterways are fenced and that we comply with the regional council regulations on effluent disposal and prove that we are compliant in veterinary records.

“A lot of farmers struggle with all this and are saying ‘ease up a bit on us’,” she says.

Schultz says over the last four to five years production and/or payouts have been down and the cost of complying with some new regulations is putting pressure on farmers.

In some cases farmers have had to spend upwards of $180,000 to meet the new rules, she says.

“We want to protect our land and be able to move forward into the future but so much has changed. What we are saying is, ‘hey work with us, not against us’.”

Many parts of Manawatu, Rangitikei and Whanganui remain dry as the season starts to wind down.

DairyNZ’s Rob Brazendale says some herds there are drying off and others are moving to once a day or extended milking hours.

He says maize crops started off looking good, but many farmers will be disappointed with yields. “What looked promising never materialised.”

Brazendale says Hawkes Bay looks good, as does Wairarapa where irrigation has helped. The Tararua district is dry by its standards.

“Central and northern Taranaki has had good rain but the southern and coastal area is a bit drier: it looks green but the grass is growing only slowly.

“But compared to last season it is much better: last year was a shocker for them. Overall Taranaki is ok but would like more rain.”

Feds’ Janet Schultz says dairy farmers are using supplements to keep milking. But this is costing many: some farmers have spent $20,000 on supplements – double last year.