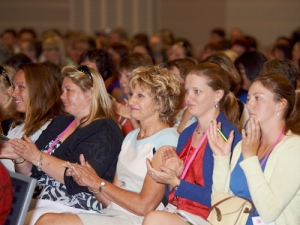 The Network had planned to hold the 2016 conference in Wellington over two full days in May.

“The Wellington location would have meant more people from the North Island needed to fly than if we held it in a central North Island location,” says DWN CEO Zelda de Villiers.

“And two nights of hotel accommodation and three days away from the farm is just not a luxury that many of our members can afford in the current climate, so we have decided to hold a smaller-scale conference in Hamilton in May 2016, instead.”

Historically, the DWN conference is the Network’s pinnacle annual event that alternates between the North and South Islands to cater to its members based right throughout the country.

“It would be easy to say that this is our big annual event and this is the way we like to do it, and if people want to come then they will find a way,” says de Villiers.

“But we know the harsh reality that many dairy farmers are facing at the moment, and that’s likely to remain for the foreseeable future. Dairy Women’s Network prides itself on being a connected and supportive organisation.

“So we needed to be receptive to what’s going on out there and pare the conference back next year so as not put any more pressure on an industry that is already bursting at the seams.”

The condensed conference timeframe which will see the conference run over two half-days will mean registration will be cheaper and operating costs lower.

“It also means instead of the usual three keynote speakers there will be two, and just half the workshops, but we do believe that this is the best decision for our members,” says de Villiers.

She said there are still 30 trade stand spaces available however and there will be no compromise on quality for the 2016 conference.

The 2016 DWN conference will be held at Claudelands Event Centre in Hamilton on 4 & 5 May.

Further event details will be up on the DWN website in the coming weeks: www.dwn.co.nz