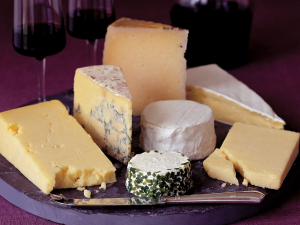 New Zealand cheesemakers fear that European proposals to protect names of many common foodstuffs may stifle local investment and innovation in cheesemaking, and limit choices for NZ consumers.

Their warning is prompted by a fourth round of negotiations towards an EU-NZ free trade agreement now underway in Wellington.

The NZ Specialist Cheesemakers Association (NZSCA) and the Dairy Companies Association of NZ (DCANZ) are concerned that the extensive ‘geographical indications’ (GIs) framework proposed by the EU could limit future use of common cheese names by NZ cheesemakers.

“We would be concerned if the trade agreement started to remove choice for NZ consumers,” says Mike Hannah of the NZSCA.

DCANZ executive director Kimberly Crewther notes the EU’s GI agenda has intensified in recent years and is now extending to a broad range of cheese names that are globally generic rather than geographically unique in nature.

“In pursuit of commercial advantage for European producers, the EU is ignoring common food heritage to extend protection to cheese names that have been produced and traded between many geographies for decades,” Crewther explains.

There is a lot at stake for the NZ dairy industry with exports of $2 billion of cheese exports each year.

NZ also has a diverse and growing number of specialist cheesemakers, some of whom have used common cheese names on the local market for decades, reflecting our rich history of immigration.

In international and domestic markets NZ cheesemakers compete with products from many countries, including the EU where producers get big subsidies.

Mike Hannah says the potential costs of losing the opportunity to use common cheese names are wide-ranging — loss of investment, intellectual property, rebranding and relabelling.

And it is difficult to see how NZ consumers, or even EU producers, would be better off under this scenario.

“Locally made cheeses like havarti, halloumi and gouda are no longer strongly associated with European locations,” he notes.  “There are long family and company heritages behind many local NZ specialty cheeses.  This history has been the foundation of the cheesemaking we are seeing today.”

The associations are urging the negotiators to work towards removing barriers and distortions from global dairy trade, rather than creating new ones for NZ producers.