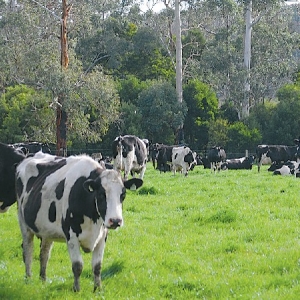 A DISTRICT court judge is warning farmers polluting waterways can expect higher fines in future to provide greater deterrence as cases "continue to come before the courts".

The signal, from Judge Melanie Harland in Hamilton, came as she convicted and fined a Waikato farming company for unlawful dairy effluent discharges into the environment.

Brownsville Farms Ltd received three convictions and a total fine of more than $43,000 following events between September and November last year at the company's Walton farm, near Matamata.

The prosecution was brought by the Waikato Regional Council after its staff responded to a "green stream" complaint from a member of the public. Officers tracked the contaminated stream back to overflowing effluent ponds on the Brownsville Farm. The farmer was instructed to stop the discharge and was later issued with an abatement notice to cease all unlawful discharges.

However, the court heard that, in a follow up inspection, officers again observed stream contamination and discovered a hole had formed in the wall of an effluent pond on the property. The contents of that effluent pond were flowing down the bank of the pond wall directly into a stream below. The company was directed to repair the hole, and cease the discharge. But the farmer simply allowed the pond to continue discharging for a period of three days until the pond level dropped beneath the hole, the court was told.

In sentencing notes released this week, Judge Harland said: "I signal that higher (fine) starting points can be expected for similar cases in the future, given that the need to properly manage effluent systems (and the employees who manage them), and to ensure that effluent systems contain sufficient capacity for unseasonable rain, are topics that have been traversed by the court regularly over the last five years at least.

"The main purposes of sentencing in this field are denunciation and deterrence. The fact that similar types of cases continue to come before the courts seems to indicate that a more stern response might be required in future," Judge Harland said.

A group of high school students have spent four days on a live-in event at Waikato University to learn more about career opportunities in agriculture.