Fert co-ops take it on the chin, back farmers 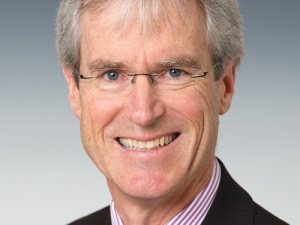 Fertiliser maker Ballance says it will continue to absorb the impact of a weaker New Zealand dollar and hold prices for most major nutrients through December.

Urea and DAP prices will remain unchanged from spring, and potash will reduce $20 per tonne; superphosphate will rise $3 to $330.

Ballance chief executive Mark Wynne says the decline of nearly 9% in the value of the NZ dollar over the past five months had put the co-op under pricing pressure, but it decided to keep prices as low as possible during its December 1 price review.

"We carefully considered our options to offset the currency impact, however right now we are aiming to support farmers by absorbing as much of this volatility as possible."

Wynne said Ballance had held pricing from September 1, especially given high demand for nitrogen from farmers wanting to build feed supplies ahead of an expected dry summer.

He said some adjustments may become necessary between now and the next price review in March.

"What we can guarantee is that we will keep a close watch on international commodity prices and forex so our customers have access to competitively priced farm nutrient essentials.

"We know our customers can shop around and there will always be some variations across product ranges and suppliers, but our aim is to balance value through competitive pricing with running a successful business that delivers consistently strong returns on their investment in the cooperative."

With recent rain in many areas, Ballance was advising farmers to consider leveraging this with nitrogen products like SustaiN, to side dress crops and boost pasture covers before heading into the potentially drier-than-normal summer; or SustaiN K, containing added potash to promote clover growth as well as grow more feed onfarm.

Meanwhile the other major fertiliser co-op Ravensdown says the difference between the two superphosphate manufacturers' web-listed price for customers buying super-based products between September 1 and December 1 has meant Ravensdown returned savings of about $1.3 million to its farmers.

Since September 1, when Ravensdown capped its spring season super price at $320 per tonne, the value difference compared to the only other superphosphate maker in NZ has been $7 per tonne. Some products, such as sulphur superphosphate, differed by $13 per tonne during the three months.

"Keeping prices capped and that low for the crucial spring months adds up to an early rebate for customers who needed the money more than we did," says Greg Campbell, Ravensdown chief executive.

From December 1, Ravensdown is taking the lead and reducing potash by $20 per tonne and keeping other products such as urea and DAP unchanged at $575 and $875 per tonne respectively. "By moving superphosphate up $10 to $330 per tonne from December 1 we effectively delayed the impact of any price rise during those important spring months," says Campbell.

"Even with this move, we continue to shield shareholders from the full cost of their superphosphate. We'll continue to monitor global commodity prices and the falling exchange rates over summer.

"Despite exchange rate pressures and short term volatility, we are seeing gains in our operational efficiencies and our global suppliers supporting us as we strive to deliver all-year value to shareholders."

As farmers may face an El Nino summer, early superphosphate application is advisable to miss the rush before autumn rains hit. Meanwhile N-Protect, which is a coated urea product that reduces losses of nitrogen to the atmosphere, is proving valuable in hot and dry conditions.