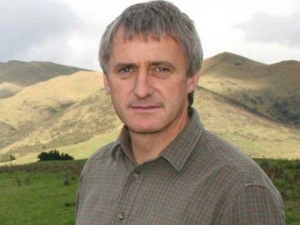 Federated Farmers' national president Dr William Rolleston attended the talks in the first week, worked with the World Farmers Organisation and the New Zealand delegation at the Paris talks to ensure agricultural countries were considered in the negotiations.

"It was significant how New Zealand's position was taken up by many of the agriculture dominant countries. The New Zealand delegation deserves significant credit for this outcome," he says.

The Paris Agreement is a high level agreement but provides scope to consider various technical responses. Something that Federated Farmers believes will have a profound effect on the responses expected of New Zealand is the role and value of biological methane in mitigating climate change, which has been keenly debated recently.

Federated Farmers Climate Change Spokesperson Anders Crofoot says methane breaks down in a much shorter timeframe than carbon dioxide so, while it is considered the more potent of these two greenhouse gasses, "it doesn't accumulate as rapidly and that's something that has to be considered".

"The Paris talks will provide new momentum to discussions around this, but they also recognise the vital importance of food security and the role agriculture plays in feeding a growing global population," says Crofoot.

"It's important to remember that New Zealand farmers are already among the most carbon efficient animal protein producers in the world, and have been reducing the carbon footprint of our products by 1.2% per year every year for the past two decades.

"Ongoing improvements in productivity, as well as the investment we have made into research through the Pastoral Greenhouse Gas Research Consortium and the Global Research Alliance, will continue to show that we are playing our part in this global challenge."

Minister for Climate Change Issues Tim Groser welcomes the conclusion of a new global agreement at the Paris conference on climate change.

"The agreement is a huge and historic step forward," says Groser.

"This is the first truly global agreement on climate change. All countries are committing to take ambitious action.

"We can't underestimate the significance of 185 countries making emission reduction pledges over the course of this year. The Paris Agreement banks these. While they collectively won't solve global warming in one hit, the new agreement sets up a process for regular, five yearly, updates. This sets the world on a clear pathway to a lower-carbon future.

"New Zealand's 2030 target, to reduce emissions to 30% below 2005 levels, is a strong contribution to this global effort."