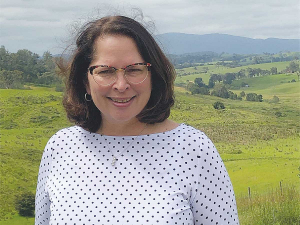 The latest Rabobank Global Dairy Top 20 report states that 10 of these companies reported lower year-on-year sales in US dollars terms in 2019.

Ledman, a global dairy strategist, expects “the continuation of below-trend milk production gains in most of the major exporting countries – due in part to rising costs of production, as farms comply with rising environmental regulations”.

Slower economic growth in China and a post Covid-19 global recession will cause consumers to trade down.

Europe saw the most dairy deals last year (64) followed by North America and Asia (39 and 25, respectively). As of mid-2020, the number of dairy deals stands at 52, impeded by Covid-19 and foreshadowing a more active deal environment for 2021.

Ledman says Covid-19 was forcing some companies to defer strategic investments or divestments.

“One of the challenges of operating in the pandemic is that it is more difficult to get deals done,” she says.

“As a result, companies risk being trapped in declining margins, unless they can capitalise on a ‘winning in home markets’ strategy, as consumers alter their purchasing habits with greater attention to health and wellness and less away-from-home dining.

“At the same time, companies may reconsider their global strategies in the light of growing trade tensions around the globe, along with more inwardly focused domestic food security policies, resulting in future-proofing market share with more on-shore manufacturing than trade.”

Fonterra makes the Top 20 list at sixth position, down two places from 2018. It has reported two straight years of losses and has been divesting non-core assets. It offloaded the Tip Top Ice Cream business and stepped back from joint ventures in Europe.

Ledman says consolidation of key dairy assets by Fonterra and FrieslandCampina resulted in lower year-on- year sales in both US dollars and euros.

Moving up this year’s list are Asian companies. China’s largest dairy company, Yili, moves into the top five, with year-on-year growth of nearly 20%, due in part to its acquisition of Hokitika-based Westland Dairy.

China’s second-largest dairy company, Mengnui, rose two places to eighth, on the heels of acquiring Australia-based Bellamy’s and entering into a joint venture with Coca-Cola to sell chilled milk in China.

However, Mengnui’s planned acquisition of another Australian business, Lion Dairy & Drinks – currently owned by Kirin (Japan) – failed to gain approval from Australia’s Foreign Investment Review due to rising tensions between the two countries.

Entering the Global Dairy Top 20 this year, from the world’s largest milk-producing country, is India’s Gujarat Cooperative, with sales of US$5.5bn in 2019, up 17% from the prior year.