Is reducing cow numbers the answer? 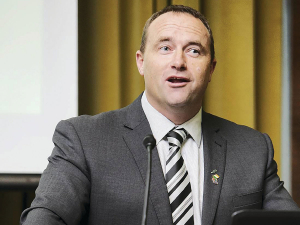 The argument over whether New Zealand has too many cows is a regional issue, not a national issue, according to Ministry of Primary Industries’ chief science advisor, John Roche.

Speaking to Dairy News at the recent Agricultural Climate Change conference in Palmerston North, Roche stated that it’s too emotive to talk in general terms of there being too many cows in NZ. He says all regions are different and it’s a case of decisions being made at that level rather than taking the blanket view that NZ has more cows than it can effectively run.

But Roche says that he has concern about the cost of marginal milk.

“Some of our milk is now produced from imported feeds and analysis done by me and others over recent years suggests that this milk is either unprofitable or poorly profitable.

“There are also externalities that come with it. The more cows we feed or the more the cow eats, the greater their greenhouse gas footprint and so that is one of the externalities we need to take into account,” he says.

Roche says the issue of whether lowering cow numbers in NZ would lead to a drop in total milk production is being looked at by government and industry representatives. But he says other factors must also be taken into account such as any affect this may have on the entire rural fabric of the country.

“NZ is built around the primary sector and when you start pulling one lever to make an adjustment in the primary sector this may have an unintended consequence in other parts of the sector. The whole issue of cow numbers is what I call a wicked problem because there isn’t a simple solution. A solution will likely come as a result of further dialogue and good partnerships between industry and government,” he says.

One of the factors relating to the ‘too many cows’ issues is land use. In the last 15 years, there has almost been a race to convert land to dairying and it is arguable whether many of these conversions have been in the best interests of cow and country.

Roche says some land use changes in the past may not have been the best. He says determining the best use for land is a significant part of the discussions taking place between government and industry.