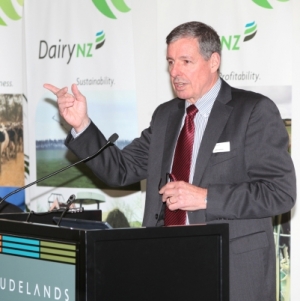 The strategy is an initiative of the Waikato Mayoral Forum made up of Waikato mayors and the regional council chair. It is one of four streams of work underway by the forum to boost the regional economy and deliver millions in cost savings across local government.

Luxton held a number of National Party ministerial positions between 1990 and 1999 including Minister of Industry and Minister of Agriculture. He is currently co-chair of the Waikato River Authority.

A contract to develop the economic strategy has been let to a partnership between consulting firms MartinJenkins and Beca. A draft will be ready in September this year with a final strategy expected by early in 2014.

Luxton said that while the Waikato had a range of strengths, particularly in agriculture and manufacturing, it needed a more collaborative and integrated approach to further stimulate regional economic development and jobs.

"Developing a regional strategy, like other regions have, will help move the Waikato economy forward and facilitate more effective partnerships between business and industry, local government and central government."