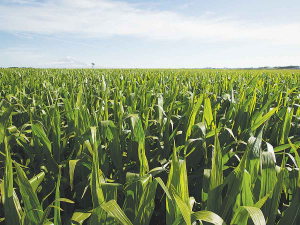 While it is essential to keep costs under control, it is equally important to optimise income.

After reading the article a reader pointed out to me that I only addressed one side of the profit equation. And they were right.

Profit is income minus costs.

By focusing on things we can do to minimise cost, I had neglected to point out ways in which a farmer can optimise their income from feeding maize.

While it is essential to keep costs under control, it is equally important to optimise income.

In the case of a farmer feeding maize, income is defined as the milk response per kilogram of drymatter fed, multiplied by the milk price ($/kgMS).

It was once said that farmers have very little control over the price they get for their milk.  Fonterra’s Cooperative Difference or Synlait’s “Lead with Pride” schemes incentivise farmers to make changes on their farm to optimise the price they receive per kgMS.  Other processors (e.g. Open Country Dairy) incentivise farmers to produce milk outside the peak milk volumes (e.g. shoulder and winter milk). For all these systems, maize silage is an important part of the farmers’ toolbox as it allows them to fill pasture supply deficits with home grown feed.

Milk response is defined as the amount of milk you get (in grams) per kilogram of drymatter fed (gMS/kgDM).

Milk response can be divided into an immediate response and a system response (long term). The immediate response is self-explanatory; a cow is offered more feed and produces more milk.  The system response is a lot more complicated. For example, a cow is offered some maize silage but in so doing, she leaves some pasture behind. This is called substitution. The pasture left behind can either be wasted or carried forward and eaten later.  If it is wasted, negative substitution is said to have occurred.  If it is carried forward and eaten later, positive substitution has occurred and generates a system response to the additional maize silage.

The type (immediate or system response) and size of the milk response is determined by feed quality, feed quantity and the stage of lactation when the extra feed is offered. A good example of this is feeding maize silage on a feed pad in autumn.  Theoretically, an extra 1kgDM of maize silage should produce 124 gMS/kgDM1.. However, if the cow leaves behind (substitutes) 0.5kgDM of pasture, then the immediate response rate is effectively halved to 62 gMS/kgDM. If pasture left behind is wasted, then only an immediate response is realised.  If, however, the pasture that has been substituted results in the farmer milking longer into autumn, achieving body condition targets at calving and achieving pasture cover targets (and potentially growing more), the total response can be as high as 180 gMS/kgDM.

The ways to achieve high responses to feeding maize silage are:

Don’t waste pasture that has been substituted

For further information as to how you can optimise the milk response to your maize silage, feel free to contact one of the team at pioneer.co.nz.