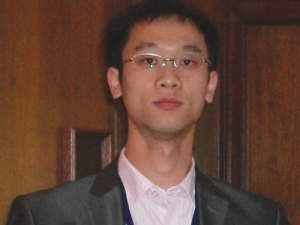 With the more intensive farming practices used currently there is a need to ensure optimum animal health and pasture health for long-term environmental sustainability.

Research by livestock production scientists from the faculty of agriculture and life sciences at Lincoln University was undertaken to investigate whether incorporating deep-rooted forage herbs such as plantain or chicory into the pasture mix would help animal production and sustainability on farms.

"For dairy farmers, in particular, it is very important that their heifers, which will be the next year's milking animals, are in the best physical condition as possible at mating and calving," said Dr Paul Cheng, the principal investigator.

"New Zealand farmers are aware of the need to reduce any negative environmental impact from livestock farming to as low as possible so we included in the trial an investigation into whether a change in diet would reduce the excretion of urinary nitrogen, a major contributor to greenhouse gas emissions and nitrate leaching on farms.

"We were delighted to find that the herbage mixtures reduced urinary nitrogen extraction compared with the traditional pasture. This showed the potential for such herbs to mitigate the environmental impact of livestock farming," said Cheng.

Measurements were taken of the forage and animals before and after grazing to record the responses to each of the diets.

A second trial, in 2015, using the same herbs showed that using chicory and plantain in a mixture with perennial ryegrass-white clover at proportions of 25% and 50% in the diet had the potential for use as a mitigation tool to reduce the environmental impact from dairy heifer-rearing systems in autumn and spring. Similar to the 2014 trial, liveweight gains of the heifers grazing chicory mixtures were low relative to the other groups.

"While we were pleased with these results we still don't know what the mechanisms are that determine the lower urinary nitrogen concentration and nitrogen excretion that we observed from dairy heifers grazing pasture containing plantain compared with those grazing perennial ryegrass-white clover pasture," said Dr Grant Edwards, professor of dairy production at the university and team leader for this project.

"Further studies are needed where dietary intake can be controlled more accurately to determine the mechanisms leading to the differences in urinary nitrogen excretion," he said.