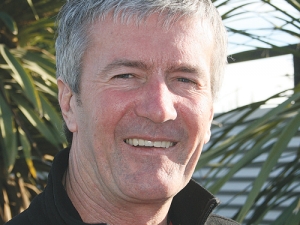 Labour spokesman on primary industries, Damien O’Connor says while the dairy developments at Taupo are impressive it’s important the Crown is not exposed to major debt such as that of Solid Energy.

He says the dairy industry in general at present is lacking an overall strategic direction and individuals are making potentially risky decisions.

“There are some players in the industry who are intensifying their systems while others are more cautions and probably winding back their production,” he says.

“That leads to the question of processing capacity in terms of the wider industry and I don’t think anyone would want to see the dairy end up with a meat industry situation where we have excess capacity.”

He notes a number of foreign investors are becoming involved in the dairy processing industry to vertically integrate their systems.

There is real risk of over-capacity becoming a reality in the dairy sector, he says. While some commentators are encouraging farmers to increase production, farmers who don’t focus on profit will go broke and additional production alone doesn’t develop a better outcome.

A debt mediation scheme to help farmers in financial distress deal with their lenders starts today.

A $3.5 million programme aimed at helping Covid-19 affected workers into farming careers, has been launched.