Time to pull the plug – Greens 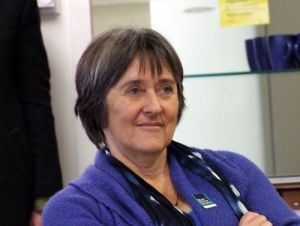 The Green Party is citing a lack of farmer support as a reason to pull the on the Ruataniwha dam proposal.

Green Party water spokesperson Catherine Delahunty says a media report which talked to six farmers in the region shows that many of the farmers who stand to directly benefit from the dam’s water can’t make a sound business case for their farm with the increased cost.

“With few farmers willing to buy into the scheme it doesn’t make sense to build this environmentally destructive dam,” she says.

“The financial viability of the proposed dam relies on a mammoth leap of faith by all involved. With many farmers unconvinced of the financial benefits, it is wrong for the Hawke’s Bay Regional Council to plan to spend $80 million of ratepayer’s money.

“We’ve opposed the Ruataniwha dam because of the detrimental effect more intensive farming will have on the catchment and the cost to the local community. These compromises don’t even come with a financial payoff, and the question has to be asked, ‘when will the regional council pull the plug?’ ”

Duncan MacLeod, commercial manager, Hawkes Bay Regional Investment Co, overseeing the project, told Dairy News it would be easy to find six farmers who did not see signing up as economical for their business and there were probably a lot more. But out of 414 farm properties contacted they needed about 140 to sign up to be viable and already the firm has 104 and many more strongly interested.