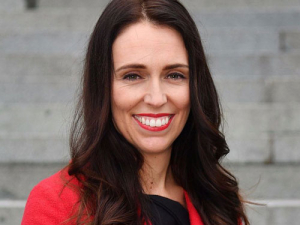 The possibility is still “very alive” that New Zealand will get on board the Trans Pacific Partnership (TPP) trade agreement, says trade expert and consultant Stephen Jacobi.

He bases that on the comments made by Prime Minister Jacinda Ardern on the proposed trade agreement by the 11 countries still left in the agreement after the US pulled out.

Important meetings on the agreement are imminent, culminating in leaders’ talks at the APEC meeting in Vietnam in November.

Labour supports the TPP but said during the election campaign it wanted to maintain the right to ban sales of farms and houses to non-resident foreign buyers.

Success in the TPP will depend on two things, says Jacobi, who is executive director of the NZ International Business Forum.

“One, how they (the new government) addresses the ban on overseas tax residents purchasing residential property and, two, how far they really want to go on Investor State Dispute Settlement (ISDS).”

In her comments last week, Ardern said she and NZ First had reached consensus on those issues.

Jacobi says Ardern seems to be opening up the possibility – if unable to ban foreign buyers in the TPP – of then addressing that issue in some other way, maybe through the taxation system.

He thinks it may even be possible to include a ban under TPP, but it appears they are pursuing various options.

Overall Jacobi thinks the new Government has given itself plenty of flexibility and is not sticking fast to pre-announced positions.

“It doesn’t appear in the coalition agreement so one assumes they will be working with the officials, or the officials will be asked to work with them on how to find a way through.”

The flexible approach reflects the reality of being in Government rather than in Opposition.

“Being in Government, they have to think about exporters; Ardern said as much and said they are also united with NZ First on the need to help exporters and more opportunities for exporters in international markets.

“If that is the case you can’t simply turn aside from TPP.”

He imagines Ardern will be reasonably involved in the TPP negotiation because this is a litmus test of the Government’s new policy platform and also the coalition agreement.

Ardern will be getting briefings from MfAT officials who in turn will need to get fresh instructions from the Labour-led government.

This week there are a series of TPP discussions in Japan before the APEC meeting in Da Nang, Vietnam in early November. There will be further preliminary discussions in Da Nang before Ardern arrives on November 8 or 9 prior to the TPP leaders’ meeting on November 10. Trade Minister David Parker will also be at APEC.

Jacobi says Parker has been following the TPP for some time so will be up to speed.

Ardern will be in the room for the last meeting with the leaders of TPP countries such as Australia’s Malcolm Turnbill, Canada’s Justin Trudeau and Japan’s Shinzo Abe.

So it will be “quite a big test for the new Prime Minister,” says Ardern.
Tweet