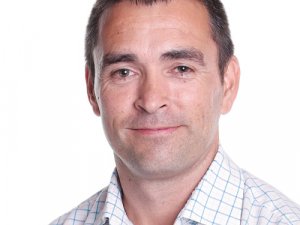 During calving many farmers focus on matching cow dry matter (DM) requirements with grass growth rates to ensure their feed budgets sustain them through to September/October when growth rates match feed intake.

Many off-the-shelf feed budget software programs deal with a standard 282-day gestation time to base their cow daily feed requirements on.

But there is a better alternative: the LIC herd management system Minda. This enables farmers to ensure their feed budgets coincide with their expected calving reports because Minda enables these to take into account the parents' gestation lengths.

Even when I was farming I was always supplying the factory before the official planned start of calving. That is because 95% of calves born arrive plus or minus nine days off their expected due date.

For example, if you have synchronised 100 heifers and their due date is July 20, 95 of them will calve between July 11 and 29. Five are expected to calve outside this window; some may be earlier and some later.

This is expected to continue as LIC's breeding scheme continues to deliver sires with shorter-than-average gestation lengths. Currently the breeding value (BV) gestation lengths of LIC's Premier Sires teams range from -2 to -5 days, with individual sires ranging from +4 to -9 days. Half a bull's BV will be expressed in his offspring BV.

This is good news for farmers. Every additional day a farmer gets in milk is more money in his pocket. The more days a cow is in milk, the more profitable she is.

In the past, Minda would give farmers expected calving reports with a date the cow had been mated, and the date she was expected to calve based on the then 282-day average gestation length.

Minda is now giving a more accurate indication of when you can expect to have your cows calving. Farmers can know which cows are more likely to be calving before planned start of calving, which also enables them to do more accurate feed budgeting.

This is important especially as we have more farmers having to transition cows back from winter crops.

In short, farmers will still on average be supplying the factory before their planned start of calving. They will now be doing so with more accurate information.