Make a plan now to beat the dry 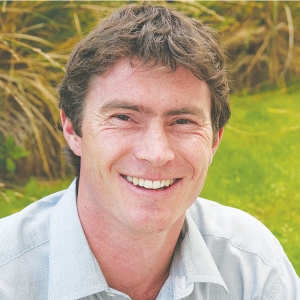 At last some much needed rain has fallen.  But some farms have had less 30 mm, so pastures are still declining quickly and I am seeing large differences in average pasture cover (APC) between farms.

NIWA is still predicting a drier than normal autumn. Here’s how to get through the next two months if the weather stays drier than average.

The goal is to keep as many cows in milk for as long as possible through into March/April and then reassess the situation – as long as this does not affect the businesses performance next season.

Have a plan in place but revise it every two weeks as dry conditions continue and variables change.

If this dry spell turns into a full-on drought, then by mid-March some major decisions will needed on the numbers of cows that can be kept milking and how often.

Ring fence any supplements you know you will need for winter first. Then think about what you have on hand and how this will be best fed out.

The cheapest and most readily available feed is currently palm kernel, and the economics of this in a feed deficit stack up with it costing (landed) about 30 cents/kgDM.  When cows are grazing to a 1500 residual or less, we can expect 80-100g MS response per kgDM eaten.  So there is a satisfactory margin that should allow your marginal feeding costs to be covered when working on a $4.70 milk price.

Later in the season, all the farm variable costs of continuing milking will need to be added onto the additional supplements being fed to keep cows milking, as these costs would cease if milking was stopped.

Currently, cows need only energy, but soon the crude protein (CP) levels in the pasture will be dropping away, and may be below 16% CP.  At this level we can start to see some milk responses to feeding a supplement that has higher CP.

Palm kernel is about 14-16% CP, so it only holds its own.  Maize silage is 8-9% CP, so this drops the total CP in the diet, but is still worth feeding when cows are at risk of being underfed.  You can look to add dried distiller grains (DDG) or cottonseed to your PKE mixes to help lift the total CP levels in the cows’ diet, but these products quickly lift the cost.  Seek good advice when designing these mixes.

With pastures being so dry now, when it does rain (50mm plus) a lot of the pasture will soften quickly and will reduce cow intakes further for the next three-four weeks while the pastures get growing again.

Stocking rates need to be reduced where possible, as soon as possible.  This can be done by culling empty cows now.  Start to create lists of possible culls from the surplus in-calf cows you won’t want to keep for next season.  These will be cows that are older and have had mastitis and are currently helping hold the SCC higher.  Also cull any cows obviously drying themselves off now and gaining excessive condition.

Hopefully you are on at least a 30-day round length now.  The drier the drought, the longer the round length maxim holds true.  A slower round length allows for higher average pasture covers, which reduces the amount of evapotranspiration.  It also helps when drought-breaking rains arrive to maximise re-growth rates.

Milking OAD or three times in two days will help keep cows milking longer into the autumn before drying off decisions have to be made.  Most cows will naturally tend to partition energy away from milk production and will hold or gain some BCS.  Ideally the best time to move to OAD is before a feeding pinch because cows can drop further than the typical 10% when done in December or early January.

Feeding levels should not be dropped when going onto OAD, but should instead be lifted for the first week to reduce the production drop.

Having culled your high SCC cows already will help keep SCC manageable.  SCC will typically double and then settle about 1.5x what the SCC was on TAD.

Supposing drought, reducing overgrazing of pastures will become very important.  The best way to do this is to milk the cows into their allocation of 12 or 24 hours of pasture and then once a 1500kgDM/ha residual has been achieved the cows are removed onto a sacrifice paddock where their supplements are fed to them.  They can remain there until the next milking.

By doing this, you will reduce the area of the farm that will need under-sowing once the rains arrive.

Have you checked your replacements at grazing in the past 30 days?

If your farm is drying out, there is a chance your grazier’s is also.  Out of sight should not mean out of mind.

The next three months are often when good calves turn into below target R1s.  Don’t assume – go and check and work out a plan if needed to protect them through the dry.

One of LIC’s longest-serving bulls has reached the achievement of selling one million semen straws, just in time for Father’s Day.

Beefed up for dairy

In what is a significant shift forward in the animal welfare space, dairy farmers are more focused than ever on reducing the number of bobby calves leaving their properties.

Farmer co-op LIC will pay $18 million in dividends to shareholders after a strong full-year result.