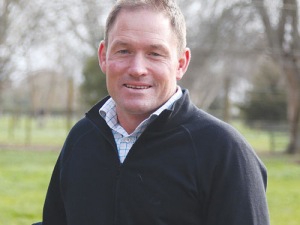 Malcolm Ellis, LIC’s general manager New Zealand markets, says he was “blown away” by the response to the 46 events -- “a resounding success, and I’m sure the key messages were understood”.

“We focused on communicating simple messages, but the roadshow was for connecting with our customers, our shareholders – the people who own our bulls and use our genetics. One highlight was the sense of LIC community we’re building.

“A common farmer comment was ‘well, I thought I’d be coming along to hear how good your bull team is, but you actually ended up talking about our cows for an hour and a half’.”

Some dairy farmers have for a few decades done well by riding the industry’s growth wave, but Ellis believes the size of the pie has now “reached equilibrium,” with downside and upside pressure on cow number growth about equal.

“That had people thinking strategically, and it initiated discussion between equity owners, for example, about their future plans – given that recent business plans were underpinned by the potential for growth. In essence, many farmers insist the opportunity for further productivity and profitability will come via increased herd improvement. People have identified the scale of the opportunity.

“LIC is not coming out to sell one Premier Sires straw and one herd test sample at a time. But the roadshow has challenged farmers to think more about a targeted approach to breeding within their herds.

“This means perhaps that only the superior cows -- the top 70, 80 or 90% -- might get elite straws during AB, thereby raising selection pressure in pursuit of a better overall herd. Poorer cows meanwhile can be mated to an alternative AB option such as SGL or beef.”

The roadshow highlighted that, nationally, the difference between milksolids production between the top and bottom quartiles of the herd is 160kgMS/cow.

That got farmers looking at their own herds, Ellis says, “particularly given the 160kg was calculated after age, breed and location were accounted and corrected for. There was an example of a farmer with several herds, together adding up to a milking herd of 5300 cows. It is a high-input operation with cows producing an average of 518kgMS.

“They freely admitted there had not always been a big investment in herd improvement, preferring the ‘cow-is-a-cow’ assumption. But on inspection the top quartile of those animals were doing 693kgMS, while the bottom quartile were doing no more than 379kgMS; the difference was 314kgMS.

“Obviously there is an opportunity in that operation to lift the bar, because the potential for rapid revenue growth is huge if they breed and milk better cows.”

Ellis says there is increased interest in herd testing activity to identify performance opportunities in their cows. “We also had robust discussion about using AB to combat bull fatigue.”

Farmer feedback from the roadshow was deeply satisfying, Ellis says.

“A farmer in Matamata thanked us in the end for our material, saying ‘this is what we want from our breeding co-operative – a story told with clarity’.