Nitrogen in effluent: fresher is better 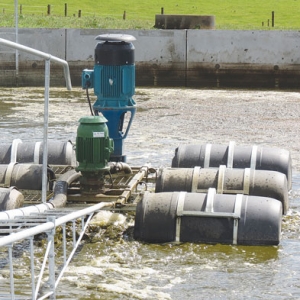 Nitrogen from effluent diminishes the longer the effluent is stored.

The fresher the better, according to new research which shows available nitrogen from farm dairy effluent diminishes the longer the effluent is stored.

The study was done in Waikato by AgResearch for Ballance Agri-Nutrients as part of the fertiliser company’s Clearview Innovations Primary Growth Partnership participation.

It shows that timing and technique can increase the amount of nitrogen available to support plant growth when farm dairy effluent and manure are used as nutrient sources. This is said to have confirmed earlier findings that the longer effluent is stored, the greater the nitrogen loss that can occur in storage.

“Ammonia losses following application of effluent tend to be relatively low, typically less than 3%, because the liquid nature of the product enables the nitrogen to move quickly into the soil which offers protection from ammonia loss. This suggests that for effluent, preventing nitrogen loss in storage is more important than losses on application to the land,” says Stafford.

“However, losses from surface-applied fresh manure were much higher, in a range of 11-19% with the highest losses in spring and lowest in summer, due to the nitrogen being retained near the soil surface for longer.  Farmers can work around this by cultivating the manure into the soil as part of annual cropping fertility management. This will reduce these losses and ensure more nitrogen can be taken up by plants.”

Stafford says animal waste like manure and farm dairy effluent is a valuable source of nutrients, and farmers should be looking to maximise the value from this resource.

“It also makes sense to get the effluent out of storage and onto the ground as soon as possible. Apart from the higher nitrogen benefit delivered by fresher effluent, there is the added advantage of bringing pond levels down, especially closer to winter when irrigation to land can be stalled by wet conditions. The lower the pond level coming into winter, the better the safety net is for farmers [seeking to stay] within resource consent requirements.”

Stafford says all effluent is a valuable resource for delivering nutrients cheaply, although older effluent may mean different response rates.

“In total, plants respond similarly to nitrogen regardless of whether it is applied in fertiliser or effluent, although response patterns may be different due to differences in immediate availability.  Minimising the loss of nitrogen from effluent and manure enables the full nutrient value of these resources to be realised.”

But Stafford says as dairy farms shift to bigger effluent storage ponds and with the increased use of herd shelters and standoff pads to protect the environment, finding ways to minimise ammonia loss from effluent, in storage and upon application, will bring more benefits to farmers by retaining more of the nutrient value of the effluent.

“For example, our study showed there is some promise in reducing ammonia losses from farm dairy effluent in storage by making the naturally alkaline effluent slightly acidic. This is worth further research to determine how practically this can be done. Our own work shows a single dose of acid is not sufficient and that light regular dosing may be the answer.”

Stafford says improving recycling and utilisation of nutrients within farms should be a long term focus for the industry.  In an effort to help improve domestic nutrient recycling, Ballance has also previously investigated stripping nutrients out of waste products using certain clays.