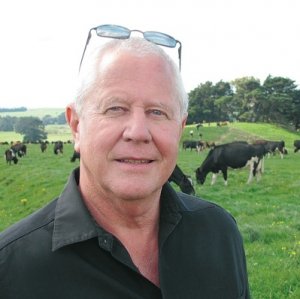 BULLS BRED to meet the special requirements of farmers milking once a day (OAD) could be available in New Zealand within the next five years.

OAD farmers now use the best 'twice a day' bulls they can get, but these are still not delivering to the potential many OAD farmers believe is possible.

OAD farmers are keen to push ahead with plans for breeding special bulls that will suit New Zealand.

OAD farmers will firstly have to clearly identify their breeding objectives, he says.

They can then develop a breeding plan to enable them to work with one of the breeding organisation such as LIC to develop a sire proving scheme.

"Producing such bulls is not a quick process but, with DNA, a bull can be used at a much younger age and a very severe selection criteria can be applied," he says.

"I think it would be possible to produce such bulls within five years.

"In terms of traits for such bulls, fertility will need to be an absolute focus. The ability of their daughters to conceive in a pasture grazing systems will be very important and the cow needs to be fully adaptable to the OAD system.

"A trial in Ireland some years ago illustrated that cows are 'bred for systems' and I think the OAD is a low input system."

Phillips says OAD cows have to be able to produce a high quantity of solids from pasture. "They must be vigorous, active grazers. I think a legitimate target for such animals is 1kgMS per 1kg/LW. The cow needs to get in calf ideally within the first three weeks of mating and also needs to have very low cell counts and resistance to mastitis," he says.

Phillips says the OAD bull and his progeny will almost certainly be cross breds because of the advantages that offers, he says.

"In NZ most of the cross breeds are with the three main breeds but if you go overseas, farmers are experimenting with an number of different breeds and in particular a number of crosses," he says. "Those crosses might be a Montbeliard/Jersey cross. But if that cross is not suited, it disappears very quickly, but if it is suited, it may lead to further use of that genetic combination."

Phillips, who has spent a lot of his consulting life in Europe, says a few farmers there are using the Swedish Red because they have reputation for very low cell count.

But unless these animals are sufficiently fertile, then they will fail one of the main economic criteria for selecting that animal.

If New Zealand is able to develop a super OAD bull, the benefits may not only be for New Zealand OAD farmers.

"That may also open the opportunity of exporting that semen because OAD milking is being used in the UK, France, Australia and South America," he says.

A leading once a day (OAD) farmer says her farm is set to have a record year thanks to a combination of favourable circumstances – especially the weather.