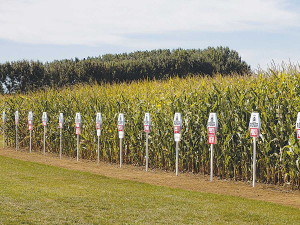 The report was based on a 2018 Danish study which sought to link higher rates of colorectal cancel to those people living in regions with a groundwater nitrate level above 0.87mg/l. It stated that somewhere between 300,000 and 800,000 Kiwis were at risk of getting colorectal cancer because they were drinking high nitrate water.

Then on February 24th, a second article was published also in Stuff. Dr Frank Frizelle, a bowel cancer surgeon and the medical advisor for Bowel Cancer NZ, cautioned against the over interpreting of studies that seek to prove a link between water nitrates and bowel cancer. He pointed out high rates of colorectal cancer were unlikely to be caused by high levels of nitrates in the ground water as the 2018 Danish study found.

Dr Frizelle said that of seven studies undertaken around the world on the same issue, four showed no significant difference, two indicated a slight increase in risk and the Danish study showed a notable increase in bowel cancer. However, when the analysis of all seven studies was measured against the number of bowel cancer cases recorded, it was questionable that there was “anything there at all” in terms of increased risk.

Dr Frizelle suggested that the cause of bowel cancer could be due to the higher rates of meat consumption (an established risk factor) in rural communities. These rural communities also tend to have higher water nitrate levels. The above is a great example of how we can use numbers to support an opinion. The Danish report measured high rates of colorectal cancer in areas with high water nitrate levels. They assumed one (water nitrates) caused the other (colorectal cancer). However, as Dr Frizelle, a person who knows a lot about colorectal cancer points out, “What we have got now is a very loose association with nitrates and bowel cancer, and perhaps it doesn’t exist at all ... there is no logical reason or cause and effect.”

It is very important that we make decisions based on good science. I am constantly amazed how farmers purchase all kinds of things based on poor science and very little data. The company I work for spends a lot of time and money to produce good science. For example, our maize hybrid advancement programme is based on a large number of side-by-side hybrid comparisons conducted across multiple locations over several years.

We want to ensure that the merchant selling the seed and the farmer growing the seed can be confident that the hybrid we recommend will be right for their paddock. This is good science.

So, how do you as a farmer know if you can trust the data behind something that is being sold to you? I have five things you should look for. These are as follows:

While you can't always make the right call about whether a product will provide a benefit on your farm, using good science to help make your decision will guarantee a higher chance of a good outcome.

Failing to plan is planning to fail

It seems basic human nature that when things are tough, we become very focused on surviving. We concentrate on doing the essential things that will enable us to get through the pressure or difficulty we are facing.